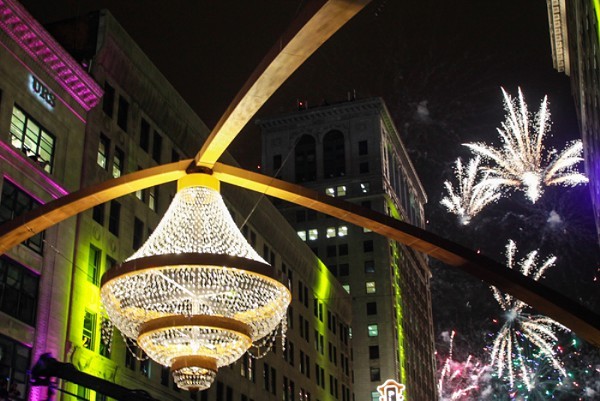 Cleveland is about a year away from joining some elite company: Playhouse Square, beginning with the 2016-17 season, will expand the KeyBank Broadway Series to run 24 performances over three weeks instead of 16 performances over two weeks. This announcement emboldens Cleveland's identity as a definitive city for the performing, visual and musical arts as it joins four other cities in the United States with Broadway runs of three weeks or more.

The other venues according to the Booking Group, a Broadway booking agency, include:
The announcement comes after a successful 2014-15 season that ended with "Rogers + Hammerstein's Cinderella." Executive producer of the Broadway series Gina Vernaci told the Cleveland Plain Dealer that Playhouse Square operated at 95% capacity, or 330,000 people visiting over the course of the season. Vernaci added that Playhouse Square finished the season with 32,000 season ticketholders, the largest amount for touring Broadway in the country.

Vernaci told The Cleveland Plain Dealer that when Playhouse Square took responsibility of handling the Broadway Series they had around 7,000 season ticketholders during the 1990-91 season and she expects this expanded season of shows to bring in 453,000 patrons.

The increased running length of shows will increase the chances to score a ticket to some of the country's biggest Broadway shows but Cleveland will also see other economic benefits according to Vernaci.

"What we're focused on thinking about is what that body count could mean for the restaurants, the hotels, people coming to Cleveland, paying the babysitter, parking the car. What the ripple effect of that is going to be in the community," Vernaci told The Cleveland Plain Dealer.

The 2015-16 KeyBank Broadway Series begins with "Bullets over Broadway" on October 6 and the series will also feature "A Gentleman's Guide to Love and Murder," "If/Then," "Beautiful: The Carole King Musical," "Matilda: The Musical," "Steel Magnolias" and "The Phantom of the Opera." Individual tickets and season tickets can be purchased here.