A group of tattoo enthusiasts in Northeast Ohio have formed a nonprofit membership organization, the National Association for the Preservation of Skin Art, which is precisely what it sounds like. The organization launched Tuesday (savemyink.com) and wants to ensure that your treasured tattoos can be used to decorate your home for generations to come, (just as soon as they're removed from your body and handsomely framed).

Founder Charles Hamm co-owns Square City Tattoos in Chardon. He's not a tattoo artist himself, but was persuaded to invest in that business after 150 hours in the chair. Hamm is a former financial executive — not a field known for its densely tatted employees — who dreamed up NAPSA when it occurred to him that when he died, the valuable artwork all over his body would disappear with him.

"All my tattoos have meaning to me," Hamm told Scene in a phone conversation Tuesday. "That's true for most people, too. Tattoos are much more acceptable today in the mainstream. And they're much more artistic. Our guys are booked out for six months. And everything they do is custom. When people come in, they're not just picking designs off the wall. It's a consultation.  People look at tattoos as works of art."

Thus, the need to preserve them.

Hamm said he tested out NAPSA's preservation process on his own body with a plastic surgeon, and that it was an instant success. For one thing, a tattoo's colors pop even more when the skin is cut. For another, the process is easy. Hamm said it can all be handled at the funeral home.

"This would just be part of the regular funeral home arrangements," Hamm said. "I've done it with three siblings."

The beneficiary of the tattoo just has to notify NAPSA that a passing has a occurred. Then NAPSA sends a package to the funeral home with all the tools necessary to cut and ship the selected tattoos. Hamm told Scene that it might sound somewhat grotesque, but that they don't work with genital or face tattoos, and that many of the bodies will be cremated anyways.

Hamm said even if the body is to be displayed in an open casket, the NAPSA procedure wouldn't be an issue ("as long as you stay away from the hands and face").

There's a $115 fee to join NAPSA, and yearly dues are $60. Beneficiaries receive a $2,000 stipend when a member dies which Hamm said can certainly be used to defray the costs of preserving the tattoo, but is mostly a financial enticement to ensure that the decedent's wishes are met, with respect to the preservation. .

In addition to Hamm, the four-man NAPSA board includes both the founder and current owner of Atom Bomb Tattoo in Willoughby, (Northeast Ohio's first by-appointment-only tattoo shop), and a practicing physician. Hamm and his cohort will be attending the Las Vegas Tattoo Show next weekend, the "biggest tattoo show on earth," where more than 1,000 artists and more than 40,000 guests will mingle and browse. Hamm said he expects NAPSA to grow on a national scale very soon, but is excited to be headquartered in Cleveland.

"We're Cleveland guys," he said. "This is a passion of mine. We're all about making sure that you can have a solid memory of somebody."

Solid indeed. Hamm himself has already promised a lizard tattoo that he has on the inside of his arm to the person who helped design it: his grandson. 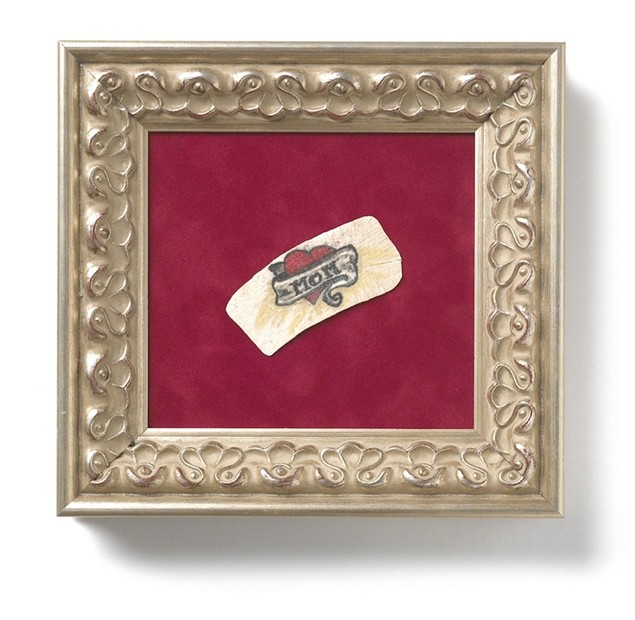