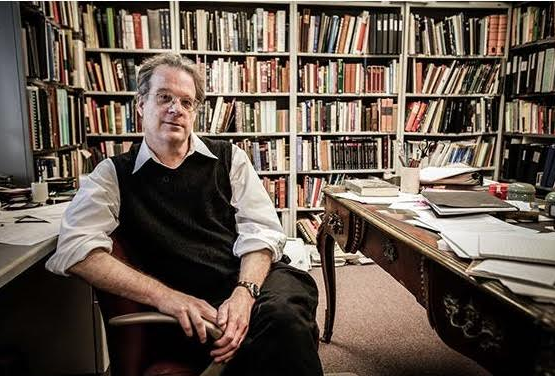 "This review of Dr. Adams' writings on Northeast Ohio artists is an inspiring look at regional taste throughout the twentieth century,” promises ARTneo Curator and Collections Manager Christopher Richards. “The work he has done and continues to do is important to documenting and celebrating Cleveland's history in art. Through his work, the public has become more familiar with artists of our area on both a local and national scale."

Dr. Adams is the Professor of American Art at CWRU. Adams studied at Harvard and Yale, where he won the Frances Blanshard Prize for best doctoral dissertation in art history in 1980. He earned both his M.A (1977) and Ph.D. (1980) in Art History at Yale. He has written more than 300 scholarly and popular articles and more than a dozen books and exhibition catalogues.

“ARTneo is pleased to honor Henry Adams at our benefit and tribute exhibition for his distinguished career as a champion of Cleveland regional art specifically and American art as a whole,” adds ARTneo Board President Joan Brickley. “It is we who benefit from Dr. Adams’ teaching, publications and exhibitions from which we learn and enjoy. We welcome all to view the paintings, sculpture, prints, and drawings by some of Dr. Adams’ favorite Cleveland artists and the accompanying exhibition catalogue describing the artists in his own words revealing Dr. Adams’ outstanding scholarship.”

Adams moved to Cleveland in 1997 when he accepted the position of Curator of American Art at the Cleveland Museum of Art, a position that he held until 2002. He also began teaching at Case Western Reserve University in 1997. He still teaches at Case as a Professor of American Art, and served as Chair of the Department of Art History from 2004 to 2005.

“As ARTneo looks to more recent artists to expand our collection and scholarship, we also must remember the art and artists that made Cleveland’s visual art scene what it is today,” reflects ARTneo Executive Director John Farina. “Henry Adams has not only documented the most noteworthy of the Cleveland School, but he has also educated us on American Art as a whole. We are fortunate to have such a distinguished scholar amongst us and paying tribute to him is something we are very proud to do.”

“This year’s benefit promises to be a great deal of fun,” promises ARTneo Annual Benefit Chair Dr. Jon Logan. “We’ll have an amazing array of craft cocktails, great food, fabulous auction items, lively music and entertainment. Our program that night is highlighting a true Cleveland arts legend that will feature some of Cleveland’s most amazing artists – Chris Pekoc and Julian Stanczak – paying tribute to him.”

Tickets are on sale now for $75 and include silent auction, heavy hors d’oeuvres and a complimentary cocktail.
(ARTneo) artneo.org