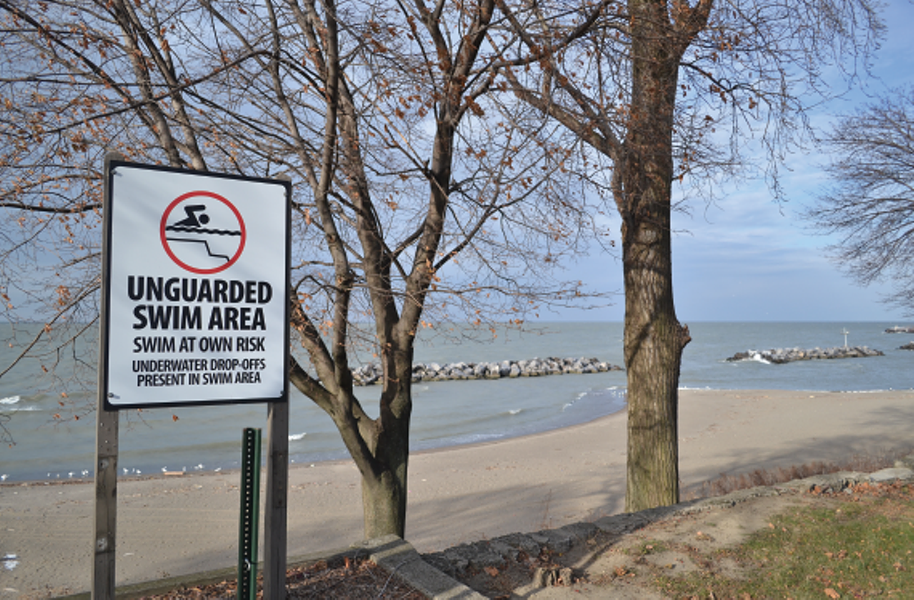 Monday night, Cleveland City Council passed a resolution sponsored by councilman Mike Polensek asking the U.S. Environmental Protection Agency to get to the bottom of why the city's east side beaches seem to have such a bad E.Coli problem.

Both Villa Angela and Euclid Beach were closed to swimmers on Labor Day, and Polensek says he's fed up with the continuous swimming bans.

“Something is wrong," Polensek said in a press release last week. "We need the U.S. EPA to come here and tell us what the problem is.”

Polensek pointed out that unlike Huntington or Edgewater or Mentor Headlands or Fairport Harbor, Villa Angela and Euclid Beach seem to have unsafe E.Coli levels even in "bone dry" conditions, when it hasn't rained for weeks.

“Our lake is in peril,” he said. “The federal government needs to get to the source of this pollution and help us make our lakefront safe and enjoyable for our families.”

Polensek has been butting heads with Metroparks leadership about Euclid Beach all summer — over lifeguards, over an absurd "no body contact with water" policy, and now over the swimming bans. He told Scene in a phone call Thursday that his frustration level is "very high." But it's not just with the Metroparks. He said local and national politicians, and the media, must make the health of the Great Lakes a priority.

"It's 2015 and our lake is sick," he said. "This is becoming a national embarrassment. I went out to Toledo and the lake was like pea green soup. We saw what happened when Toledo was without water for three days. Who's to say what would happen if that algae bloom came all the way to Cleveland?"

The Metroparks, for its part, issued a statement calling Lake Erie a "vital natural resource," and said it would support "all initiatives to protect the health of Lake Erie and all the Great Lakes."

As for the EPA's timeline and potential investigation, Metroparks said it really couldn't comment.

Polensek said Senator Sherrod Brown has reached out directly to the EPA and is awaiting correspondence. Polensek hasn't yet heard from Senator Rob Portman and Congresswoman Marcia Fudge, to whom he also appealed.