Naymik's been down the wormhole of public financial support for sports teams before, and that's a worthy endeavor worth many more words and minutes than most in the city have devoted to the topic, but that's not what this one's about. This screed is premised on the simple fact that the Browns are not a very good football team, and doggoneit, you the fans should show the team that you're mad as hell and you're not going to take it anymore.

Forget, for a moment, that it's a ludicrous proposition. Forget also, that Naymik is not a fan of protests and chants when it comes to things like the Black Lives Matter movement. Chants and marches don't stop violence, but they can, apparently, stop a losing football team from losing. How mighty white of you.

Instead let's focus our energies here: This is well-worn territory for people with access to keyboards. It's not often the vitriol that springs from daily newspaper columnists, but hey, if they want to get in on the action usually reserved for half-baked Facebook support pages and online petitions, so be it. Not our money.

Anyway, what struck us as we read along to the bottom (and we'll forgive you if you didn't make it that far) was Naymik's reasoning for when it would be ok to support the team again. Here it is, [sic] and all. 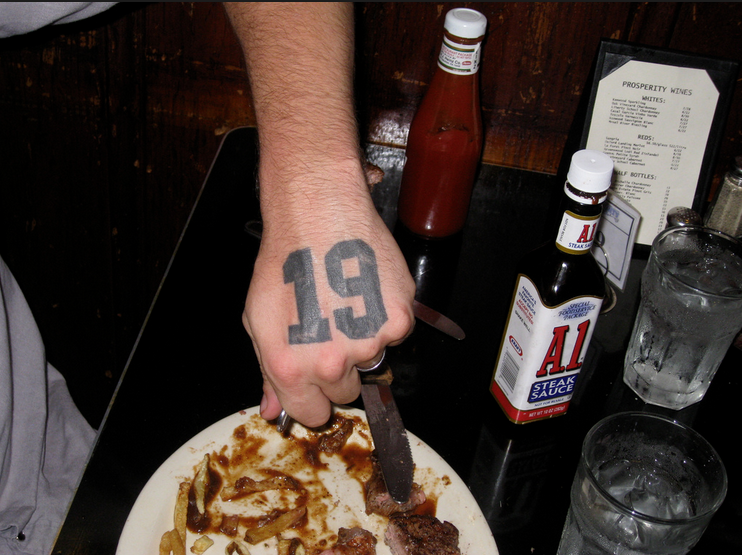 But enough about the [sic] Brown's abysmal play and its long list of worst records. I'll just ask this question: Who is the last player whose image or number you memorialized in a tattoo? I bet it's Bernie Kosar. Isn't it time the team produce another hero deserving of such commitment?

Also, what even in the fuck of anything is he talking about?

We're not sure. But when pageviews, comments and eyeballs is the bottom line of your business, and you see the breakdown of traffic to your site shape up like it does below (NEOMG's self-reported numbers from April 2015), we guess it'd be hard not to be tempted to dabble with writing about pointy balls and anger. Sigh.