What Happens When an Unidentified Body Washes Ashore in Cleveland? 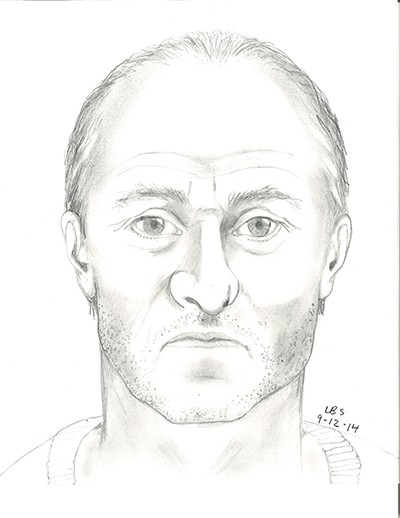 The official word is that he died in “early winter or earlier.” That’d be late 2013 thereabouts, though it’s possible he died several years prior. No one can say for sure, because there’s only so much decomposition a body can undergo. Nonetheless, the man was found in Lake Erie on May 23, 2014, near the break wall by Burke Lakefront Airport. It was a clear and crisp day, and the waves were gentle.

The man was wearing a pair of 36x32 Wranglers and black, Brahma-brand steel-toe boots, size 7.5. (Brahmas are carried at Walmart and Sears.) He was between the ages of 45 and 58, and he was white. According to the medical examiner’s notes, he had no teeth. He may have been wearing dentures at the time of his death, he may not have.

At some point, the man’s nose and left cheek had been broken. Cuyahoga County Medical Examiner Thomas Gilson says the nose was broken sometime during his lifetime — possibly years prior to his death — making that a particularly noteworthy detail. Perhaps there was a family somewhere looking for a father or a husband, and perhaps he had a crooked nose.

In the ensuing days and weeks after his body was discovered, the Cuyahoga County Regional Forensic Science Laboratory created a DNA profile for the man — a relatively simple matter, one that gives the office a rich look at a person’s biological “story” — but that doesn’t mean much without either a sample from the man prior to death or a sample from a family member. The lab doesn’t have either. And thus they have nothing to match their profile to.

“We don’t know who we’re looking for,” Gilson says, leveling the facts of the case in a recent conversation with Scene. “And if we don’t know, we can’t use that to identify him without some break that gives us a suggestion of who he might be.” (The first forensic use of DNA occurred in 1986. The technology arrived in Cuyahoga County in the 1990s, when crime labs really began to implement it. It’s standard operating procedure now.)

For months, investigators struck out on all leads.

“All attempts at identification, thus far, have been unsuccessful,” the medical examiner wrote in a public statement five months after the man’s body was found. “The presence of work shoes raises the possibility that the decedent went missing while working on or near Lake Erie.”

The work shoes, the broken nose... glimmers of hope. More than a year after those words, though, there’s no new information on the case.

Gilson’s office receives the body of anyone who has an “unexpected, violent or unexplained sudden death.” (He refers to the bodies of decedents as “coming to the office,” as though it were a business meeting. Gilson would prefer the government do what it can to humanize the dead and indigent and unidentified, and, in Cuyahoga County, it does.) The office performs autopsies on about half of the 2,500 bodies it receives each year.

“This guy is found essentially floating in the waters behind the Rock Hall,” Gilson says. “And from that point, you don’t have a real scene. He’s just in water, and we don’t know how he got there. So we can’t look for, you know, other things that might be helpful.” He means the investigative process that unfolds at, say, someone’s apartment after the discovery of an “unattended” death. Do they have a doctor’s phone number on the fridge? Hospital records on the desk? A wallet?

But when there are no personal effects lying around — when a man washes ashore on Lake Erie — there are a select number of avenues to identification: x-rays, dental records, fingerprints, DNA.

Fingerprints can be compared against an international database (which includes Canada, another possible source for this man who ended up in Lake Erie). But the man’s fingers had decomposed, leaving no prints to pick up. Same with DNA: Run it through a database, and cross your fingers. No matches here, though.

An anthropologist was brought in to create a sketch of the man, one that accentuated his known facial features.

“The thing that was compelling about him, and that I thought might make this work, is that he had a broken nose,” Gilson says. “It’s not recently broken; it was broken during his lifetime.”

By January 2015, investigators had turned toward central Ohio — “after receiving several tips that the sketches they’d generated resembled someone with family there,” according to the Columbus Dispatch at the time. Nothing concrete turned up. Dead ends, all around. 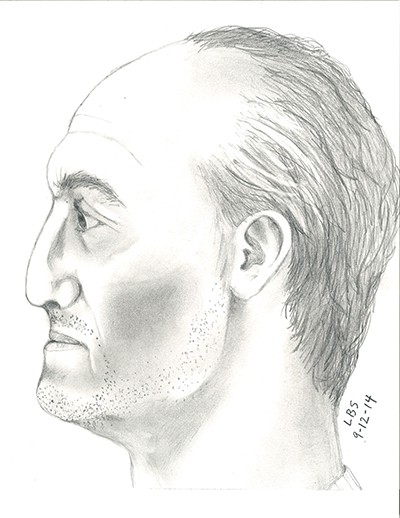 The medical examiner’s office has exhausted its leads. “We’re kind of at a roadblock now,” Gilson says. “There’s nothing more right now we can do to drive this forward.” He adds that some have suggested reverse-paternity searches through the state’s criminal databases. But that raises a host of civil liberty issues. Using the state bank of criminal background information to identify private individuals isn’t something that’s backed up by law or precedent.

And so, more than a year after he was found in Cleveland, the man was buried at the 90-acre Riverside Cemetery in June of this year. (The medical examiner’s office does not cremate unidentified bodies, even though cremation has become a more common and cost-effective end for indigent decedents.)

The hope remains that he will one day be identified. “If we need to, we can go back,” Gilson says. “If we’d had this conversation 25 years ago, nobody would be talking about DNA as a means of identification. So, no sense in destroying whatever potential future technology might lend itself.”

It’s unclear what misfortune this man met before ending up in the lake. But among the mysteries that surround him, he may also be on the wrong side time. Technology, brilliant in its capabilities as it is right now, may need to advance before people like Gilson can answer the question: Who is this man?

“I’ve been here four-and-a-half years,” Gilson says. “He’s the only individual we haven’t identified in that timeframe. So it’s unusual.”

The resounding conclusion from the July 2014 autopsy remains a matter of fact to this day: “It was determined that on an unknown date in 2013, the said White Male Unidentified was in unknown location(s), when he expired in an undetermined circumstance. That death in this case was the end result of undetermined, sustained in a manner undetermined.”