Update: The Ohio Homecoming Group gathered yesterday to announce its plans for the 2015-2016 New Year's Eve celebration which, among other things, include moving the festivities indoors.

The event will be held at Cleveland Public Auditorium on Dec. 31 and will be hosted by Forest City native and funnyman Drew Carey. "After participating in Cleveland Rocks NYE two years ago, I could not wait to get back here and ring in the New Year with my fellow Clevelanders again," Carey said in a press release. 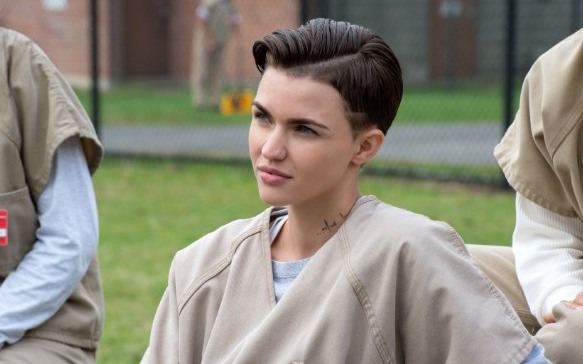 A handful of other big names are expected to perform including "international star" Ruby Rose, perhaps best known for her role in the hit Netflix original series Orange is the New Black, as well as for her modeling and music career. Local talent, including 14-year-old Malcupnext and Akron-based soul singer Wesley Bright are also slated to perform.

Some 10,000 people are expected to attend this year's festivities. Tickets are $10 and can be purchased here.

Tomorrow at 1 p.m., the Ohio Homecoming Group will hold a press conference at the Public Auditorium to announce plans for the Third Annual Cleveland Rocks New Year's Eve Celebration Hosted By Drew Carey which will take place in downtown Cleveland on — you guessed it — Dec. 31.

The Ohio Homecoming Group will give an overview of this year's celebration and partners, and will reveal a performance by "an international star." If you recall, past performers included Machine Gun Kelly, Carlos Jones, DJ-EV, and Krewella.

We're heading down to check it out, and will post the scoop later tomorrow afternoon.