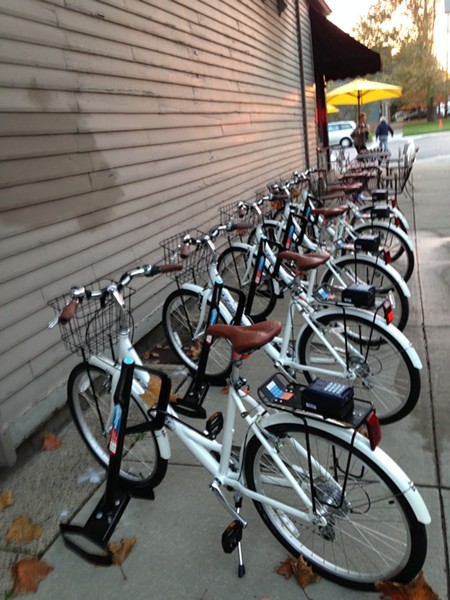 Cuyahoga County, in partnership with Bike Cleveland, has selected a vendor for its citywide bike share program, they announced Wednesday.

CycleHop, the operator, and Social Bicycles (SoBi), the technology partner, will roll out their program in downtown Cleveland in time for the Republican National Convention. That's the plan anyway.

The County's sustainability director, Mike Foley, said he thinks the project, which received seed funding from the Northeast Ohio Areawide Coordinating Agency (NOACA), will have a positive impact on the city and that people "will notice it immediately."

The plan will initially focus on downtown and then University Circle due to job and residential density, but will eventually spread further into Cleveland neighborhoods, including disadvantaged areas.

In September, Van Sickle said that he hoped the program could sustain itself without further public dollars in five years.

In a press release, Bike Cleveland and Cuyahoga County said that the bike share program is a private-public partnership, and that the business model will rely on corporate sponsorships.

"CycleHop will begin immediately seeking sponsorships for the system," Van Sickle wrote Scene in an email, "and within the next month Bike Cleveland will be pulling together leaders to begin discussion on station placement/permitting."

If you can't wait until next summer, there's always Zagster.