Cleveland Film Gets Picked for Sundance 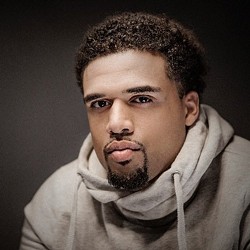 The Land, a locally filmed movie written and directed by Cleveland- native Steven Caple Jr., has been selected to appear at the 2016 Sundance Film Festival.

The movie centers on four teenage boys who attempt to break free from "the streets of Cleveland" by becoming professional skateboarders.

"But when they get caught in the web of the local queenpin, their motley brotherhood is tested, threatening to make this summer their last," reads the synopsis.

At Sundance, The Land will appear as part of the "NEXT" program, an out-of-competition slate of films distinguished by an "innovative, forward-thinking approach to storytelling." They are billed as films that will help shape the "NEXT" wave of American cinema.

Caple Jr., a 2010 Baldwin-Wallace alum, now makes his home in Los Angeles. He has directed multiple short films and a TV project before, but The Land is his feature debut.