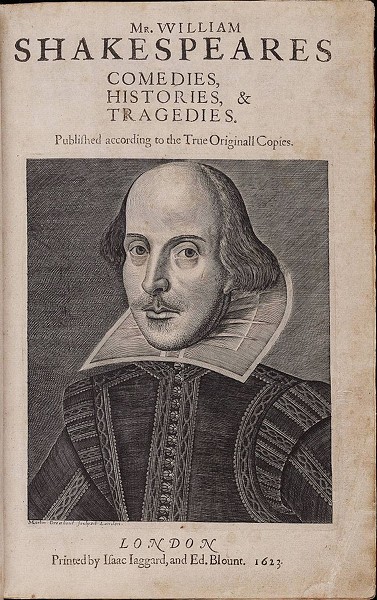 As part of a tour that will touch all 50 states, William Shakespeare's First Folio will be displayed at the Cleveland Public Library from June 20 to July 30. The First Folio is the first published collection of Shakespeare's plays — all of them. It was assembled in 1623, seven years after his death.

This is a major deal for anyone who reads — and especially for who really loves the Bard of Avon and his fine, fine work.

Without two of Shakespeare's buddies putting this together 500 years ago, "Julius Caesar, Macbeth, As You Like It, The Tempest and more could have been lost," the tour's directors assert.

The book will be open to Hamlet's famous soliloquy. ("To be or not to be, that is the question.") And, along with viewings, the tour stop will include " planned public events and activities, often including additional exhibitions, in joyful celebration of the book that saved so many of Shakespeare's dramas and the amazing plays it holds."