Here Are the 240 Places That Applied to Stay Open Until 4 a.m. During the RNC 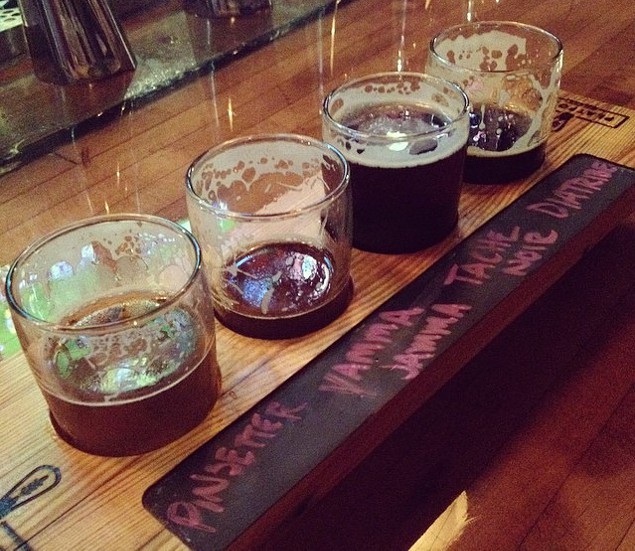 Update: The RNC qualifies as a major event, and with that designation bars, restaurants and other businesses were allowed to apply for major event waiver permits to stay open until 4 a.m. during that oh-so-special week.

The city released the list of the 240 businesses that applied and were recommended by Cleveland. That full list, if you're already scoping out which of your favorite neighborhood haunts will be serving until the wee hours that week, can be found here. We're mildly surprised that not every bar in, say, Tremont and Ohio City, applied, but obviously that's a choice each purveyor made based on staffing and etc.

Now that the city has had its say, the Ohio Division of Liquor Control will approve (or deny) each individual applicant. They will do so by June 17.

Anyway, do check out the full list and if you're curious who applied but wasn't recommended by the city, the list is short: J Lue's Cocktails on St. Clair, Secrets Gentlemen's Club on Brookpark, and something called Blueprint with an address on Euclid Ave.

(Original story 1/19/16): A newly inked Ohio law will allow Republicans and Democrats and Trumpers and whoever else is in town to watch the RNC circus this summer to party well into the night during.

Bar and restaurant owners with liquor permits can access a waiver allowing alcohol service until 4 a.m. during major events. To qualify for the waiver, a bar or restaurant must be in Cuyahoga, Summit, Geauga, Lake, Lorain, Portage or Medina counties.

The liquor license waiver isn't automatic, so anyone who wants to offer their liquor services during the convention must apply with their respective city before March 21. If the business is picked, city officials will add them to a list to be vetted by local police and sheriff departments by April 18. That list will be submitted to the Department of Liquor Control by May 18 and by June 17 the Division of Liquor Control will review the final list and issue the waivers.

So far, what may disqualify a bar or restaurant from serving booze is up to the discretion of the Ohio Division of Liquor Control.

The waiver can be used during the entire convention, which runs from Sunday, July 18 through Thursday, July 21.

Got all that? Yeah, you probably don't care.

It boils down to some bars being open til 4, and that's news to raise a glass to.