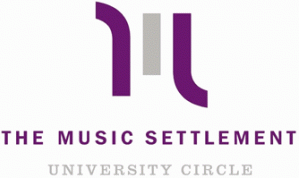 Charles Lawrence, the president and CEO of the Cleveland Music School Settlement, was arrested in Cleveland Heights on an offense of gross sexual imposition. He's also resigned from his position.

A female came to the Cleveland Heights police department on Feb. 1 to make a report, according to the police report from the department.

"On 02/03/2016 at 1628 hours Charles Lawrence reported to Cleveland Heights police department to turn himself in on an active EWW," the report reads. "Lawrence was processed in without incident."

The Music Settlement, as described by University Circle Inc., "is a community music school where music instruction, summer camps, preschool and day school programs, as well as a nationally acclaimed music therapy department, enrich the lives of people of all ages and abilities throughout Northeast Ohio." It's been a fixture on the east side for a century.

It also operates the Bop Stop in Ohio City and recently announced plans to open a school in the neighborhood as well.

Lawrence has resigned from his position. This letter to families, parents and students from Music Settlement board chair Maura Hughes has been posted on the organization's site.

Update: The Music Settlement released an additional statement today after the news of the arrest for gross sexual imposition was reported by Scene.

TO: Parents and Friends of The Music Settlement
FR: Maura Hughes, Board Chair
RE: Charles Lawrence

Today, the media announced that Charles Lawrence was arrested by Cleveland Heights Police on a
charge of gross sexual imposition.

As I wrote yesterday, on Tuesday, February 2, Charles told the organization's board that he wanted
to resign from his position for personal reasons, but did not share any details with us. Faced with
this sudden and unexpected development, the board began discussing next steps. We accepted his
resignation, identified interim leadership, and began notifying our community.

We know of no instance or accusation of an improper act involving Charles and anyone at or
connected with The Music Settlement. However, if you are aware of issues or concerns that might
be helpful for the police to know, I urge you to contact the Cleveland Heights Police Department at
216-291-4987. Detectives there are focused on this investigation and I know they will treat your
call with every confidence.

In the meantime, I want to stress that we intend to stay focused on our mission despite this very
troubling development. We have new leadership in place with our interim co-presidents, Natasha
Simmons and Patricia Camacho Hughes. And, we are launching a comprehensive search for our next
president. Our staff, our teachers, and our board remain committed to providing the high caliber of
early childhood education, music therapy, and music education for which The Cleveland Music
School Settlement has become known.

As I said in my previous email, if you have any questions or want to talk about this further, please
feel free to call or email me at mhughes@calfee.com or 216-622-8335.

And again, let me repeat and emphasize that we appreciate your support, now more than ever.