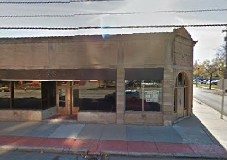 After 20 years of cooking professionally for other owners, chef Jill Vedaa finally will have the opportunity to open her own restaurant. Along with partner Jessica Parkison, Vedaa will open Salt in Lakewood this summer.

“This is the logical next step and it’s my dream,” she says. “It’s very exciting and very nerve wracking, but mostly exciting.”

The team will undertake significant interior modifications to make the space look less like a bar and more like a restaurant. The large bar is being dismantled and will be replaced by a smaller bar and lounge area. A pillared archway separates the lounge from a dining room. All told, the space will seat about 95 guests.

Vedaa says that the menu, while early in the planning phase, will be “90-percent small plates with a few entrees and specials.”

There will be some traditional Spanish tapas items plus a wide range of Mediterranean-style dishes.

“Like my cooking in the past, it’s all influenced by the foods that I like,” she says.

Throughout her 20-year career, Vedaa has worked in some of the best restaurants Cleveland has (or had) to offer, including Bohemia, KeKa, Lola, Flying Fig, Rockefeller's and finally, and presently, Black Pig. All of those amazing positions, she says, has led her to this very point in her career.

“I’m very excited to make my own food again – nothing against anybody I’ve ever worked for,” she says. “This has been in the works for over a year. Once I came from Rockefeller's, where I had carte blanche to do whatever I wanted to do, I knew that I could never go back to working for somebody else.”

Look for Salt to open in June.