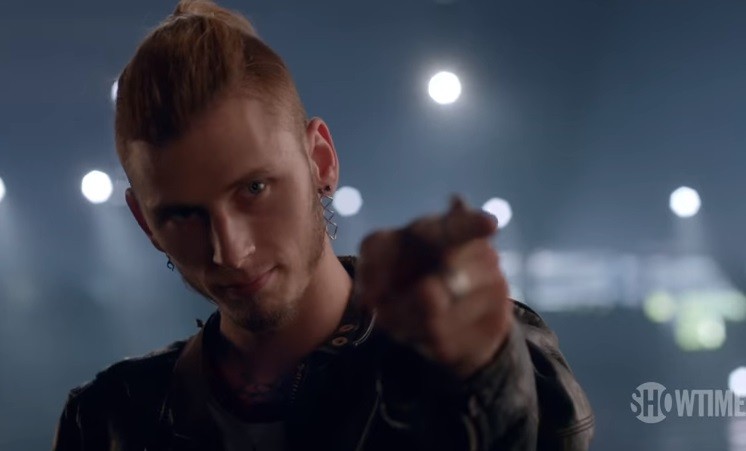 Rapper Machine Gun Kelly is starring in the original television series "Roadies," set to air this summer on Showtime.

The series also stars actors Luke Wilson, Carla Gugino and Imogen Poots and centers on life as part of a group on a music tour. Wilson plays Bill, the tour manager of The Station-House Band, Gugino as Shelli, the tour's production manager, Poots as Kelly Ann and Machine Gun Kelly (credited as Colson Baker) as Jesse, a guitar tech.

The 10-episode series is scheduled to debut June 16, but in the meantime watch the trailer.