West Side Market Will Be Open on Sundays Starting April 3 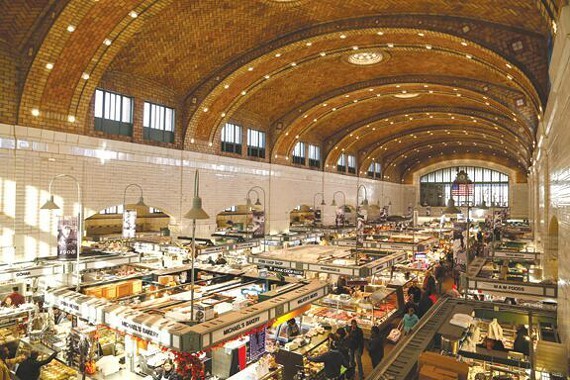 It's one of the changes that's been talked about forever and ever — Sunday hours for the West Side Market.

The City of Cleveland confirmed that the market will be open on Sundays from noon to 6 beginning April 3. As Michelle Jarboe of the Plain Dealer notes in her report this morning and as we relayed in the story above, it doesn't mean every vendor is going to be open — some, in fact, are very opposed. But the city says a survey showed 70% of vendors were in support of Sunday hours so the abstainers shouldn't number too many. The next debate on the hours and days front would focus on extending Wednesday hours, Joe Cimperman has previously told Scene.

Also happening and happening soon: paid parking (with some amount of free time, perhaps 30 to 60 minutes) that will debut in late 2016 or early 2017 and a "reconfigured" combination of the two parking lots behind the market. The one closer to the back doors of businesses on West 25th — the Hick's lot — will be tackled first and then the main market lot. Yes, that means some sort of construction and inconvenience, yes that means about 100 extra spaces according to the city, and yes there will be more trees. A rendering for the parking lot design via the city of Cleveland is below. 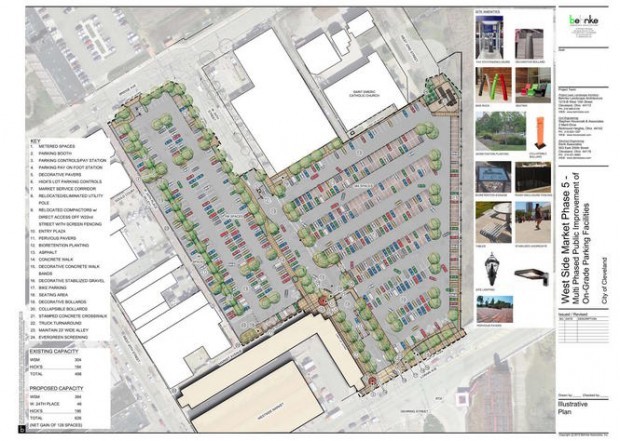