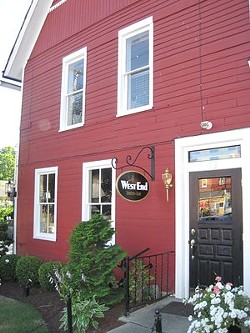 Last spring, we outlined the changes that were about to take place at the Chagrin Falls restaurant West End Bistro, which is owned and operated by the same folks who run the nearby Gamekeeper’s Taverne (87 West St., 440-247-7744, gamekeepers.com). Last summer, the West End space reopened as Casa Roja (79 West St.), a tapas-themed restaurant.

Apparently, the move did not sit well with local diners.

“While people loved the food at Casa, they had a difficult time understanding the tapas concept,” explains owner Tom Lutz, who recently made the decision to pull the plug.

Next up for the small and attractive red-sided structure, which debuted as Village Exchange back in 2008, is a new concept called Gamekeeper's Cottage, a family friendly eatery offering salads, burgers, sandwiches, and flatbreads. A limited selection of entrees – all under $16 – will also be available.

Lutz says the plan is to open up in mid April.