by Vince Grzegorek and Eric Sandy

Fire crews and news crews are en route and already on scene in Westlake at Crocker Park after a propane tank exploded shortly before 11 a.m., creating a fire and, as you can see in the video below filmed by Abby Carlson and posted by WKYC, a huge fireball.

No injuries have been reported, and all construction workers who were on site at the future American Greetings headquarters building have reportedly been accounted for.

Police have mostly cordoned off the area surrounding Crocker Park, diverting southbound traffic at Detroit Road. The public has been asked to stay away from the area, though traffic was pouring into the adjacent strip mall — the "Giant Eagle plaza," in local parlance — in the aftermath of the blast. (The explosion site seems fairly contained; shoppers were quietly milling about the central part of Crocker Park, around Barnes and Noble, as the morning went on.)

Social media reports have area residents as far as a mile away hearing and/or feeling the explosion. An employee at Barnes and Noble told Scene that "it was pretty crazy." Most businesses at Crocker Park appeared to be open as of 11:50 a.m.

Video of fire at Crocker Park from viewer Abby Carlson. Tell us what you are seeing/what you felt. @wkyc pic.twitter.com/Frjz6LJSHf

This next video is shared courtesy Sarah Kurth from Vitality Health: 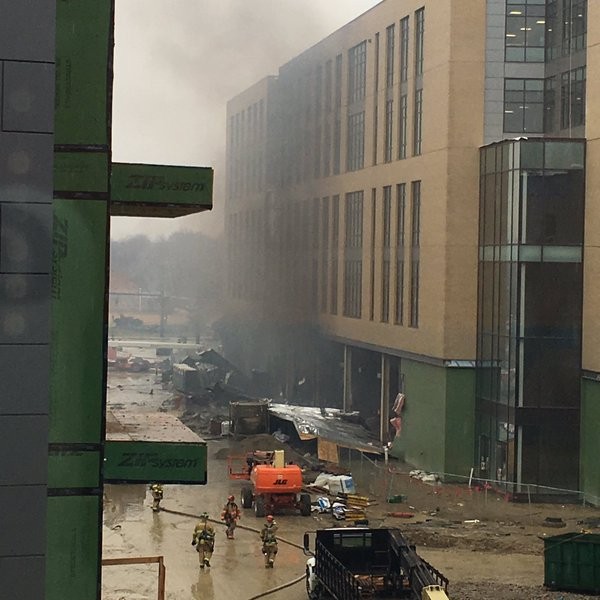 This post will be updated when more information becomes available throughout the day.