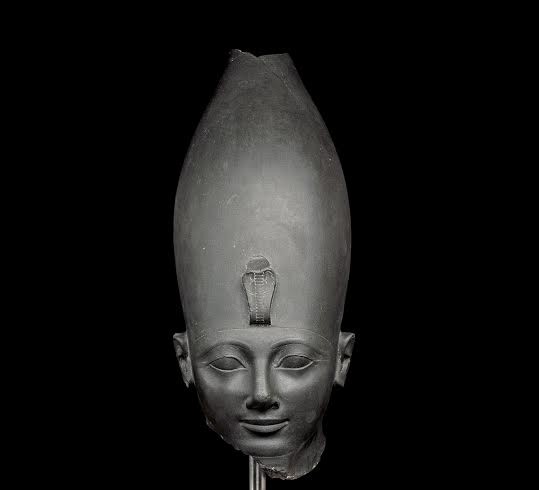 As part of their ongoing, yearlong centennial celebration, the Cleveland Museum of Art presents Pharaoh: King of Ancient Egypt. This special exhibition opens this Sunday, March 13, and remains on view through June 12 in the Kelvin and Eleanor Smith Foundation Hall.

Pharaoh: King of Ancient Egypt is brought to Cleveland in collaboration with the British Museum. It includes more than 150 artworks and objects, ranging from jewelry to monumental sculpture, from the British Museum, as well as masterworks from the Cleveland Museum of Art’s permanent collection.

The exhibition explores the realities of daily life for these ancient royals by looking beyond the myths. While many of the objects on display were designed to project the illusion of all-powerful regality of the Pharaoh, the exhibition’s narrative emerges as a country at times divided by civil war, ruled by competing kings or conquered by foreign powers. Pharaohs were not always male, or even Egyptian.

“Exploring the myths and the realities of power in ancient Egypt, Pharaoh: King of Ancient Egypt is a rare treat to see some of the best holdings of Egyptian art in the world, but it is also an occasion to look at some of Cleveland's Egyptian works anew,” says guest curator of Pharaoh and lecturer in Egyptology at the École du Louvre, Aude Semat. “Pharaoh is based on this dynamic idea that ‘things are not what they seem.’ It presents the men and women who ruled over Egypt, how they ‘communicated’ through the numerous inscriptions and images that have come down to us, but also the back stories behind the exercise of power.”

“In the first five sections, Pharaoh: King of Ancient Egypt focuses on the Egyptian concept of kingship, in particular the Pharaoh's relationship with the gods, then the next five sections show that the reality of power was somewhat more complicated,” Semat explains. “In my opinion, the exhibition also gives the opportunity to see how ‘powerful’ ancient Egyptian images still are, no matter their size (from life-size statues to miniature jewels) or their material (from precious metals to more ‘humble’ terra-cotta).”

A single, monumental sculpture, the Hathar capital (c. 874-850 BC), greets visitors in the introductory gallery. It is flanked on both sides by large photographs depicting the landscape of the region. Immediately, organizers offer viewers context into the world surrounding these objects. This is important, as often the real-world context of these ancient objects is lost in a formal gallery setting.

Adding additional context, the combined Egypt, Land of the Pharaohs and Born of the Gods gallery establishes who exactly the pharaoh was: ruler of Upper and Lower Egypt and the incarnation of the divine Horus. This unification of Egypt was central to his power, and worshiping the gods was one of his main obligations.

In order to worship these gods, every pharaoh was required to build new temples and embellish existing ones. The gallery titled Temples: The Kings and the Gods explores the importance of pleasing the gods through reliefs, lintels and figures from temples, including a sphinx.

The next gallery, Symbols of Power, showcases the objects representing the pharaoh’s power, including the uraeus (the iconic rearing, spitting cobra), the crook and flail and images of royal crowns. Additionally, this section includes images of the ruler wielding and wearing these objects.

More everyday objects are included in the Royal Life: Palace and Family gallery. This section includes tiles, jewelry, scarabs, relief fragments and figurines. These objects exemplify the extravagant decorations of palaces and the royal family’s wardrobe.
Festivals and Memory explores the importance of remembering previous rulers, or erasing them from memory. Running Egypt: Officials and Government includes objects and monuments dedicated to government officials, including priests and scribes, as well as the vizier, Egypt’s highest official, who oversaw most of the country’s domestic affairs. A rare papyrus from the Old Kingdom provides a glimpse into economic and administrative procedures, including sources of temple income, an equipment inventory, priests’ duties and calendars and more.

Continuing through the exhibition, the next gallery explores Foreigners on the Throne, including Alexander the Great, who is represented by two sculpted heads. Egypt’s history includes several periods of foreign rule by the Nubians, Libyans, Greeks and Romans. Additionally, the War and Diplomacy gallery explores the surprising rise of army general Horemheb to become Pharaoh. This section also includes a stela depicting Pharaoh Sanakht of Dynasty 3 as he prepared to smite an enemy, as well as the Great Harris Papyrus, commemorating several successful military campaigns by Ramses III.

The final gallery, An Eternal Life: Death of the Pharaoh, includes examples from the tombs of Pharaohs Amenhotep II, Seti I, Ramses III and Ramses VI in the Valley of the Kings. Objects include a sarcophagus lid, magical objects and shabtis, small human figurines placed inside the tombs to work on behalf of the deceased in the afterlife.
To accompany the exhibition, organizers have created a 180-page, fully illustrated scholarly catalogue, Pharaoh: King of Ancient Egypt, published by the Cleveland Museum of Art and distributed by Yale University Press.

Tickets to this special exhibition are $15 for adults, $13 for seniors and students (with ID), $7 for children ages 6 and up and free for children under 6.

Additionally, the CMA has organized a complementary exhibition, Pyramids & Sphinxes, on view now through May 24 in the Mark Schwartz and Bettina Katz Photography Gallery, as well as a full calendar of programming, including lectures, concerts, films and special events. For more information, visit Clevelandart.org.