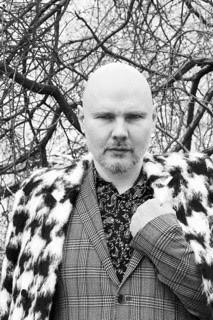 The Cleveland-based Elevation Group has teamed up with East End Promotions, an entertainment subsidiary of partners Industrial Realty Group (IRG) and Industri al Commercial Properties (ICP), in the development of the Goodyear Theater and Hall, two new Northeastern Ohio concert and event venues. Part of a mixed-use development that includes the East End Residence Loft Apartments, state-of-the-art office space and the new Hilton Garden Inn Hotel along with planned restaurants and retail, the complex encompasses the historic Goodyear headquarters at 1201 East Market Street in Akron and features two venues, the Goodyear Theater (seated capacity of 1,458) and Goodyear Hall (capacity of 3,500).

“We could not be more excited for what’s in store at the East End,” says Industrial Realty Group President Stu Lichter in a press release. “We are going to be very active in Northeastern Ohio, with a plan to stage 150-plus nights of entertainment per year in the Goodyear Theater and Hall once we are firmly established. Our partnership with Elevation and the previously announced relationship with Rubber City Sports has the potential to bring more than 250,000 people to the area that otherwise would not be here. The positive economic impact possibilities are enormous.”

“IRG is providing significant financial resources to support the renovation of the Goodyear Theater, the installation of the latest and best sound and lighting package and for our team to have the ability to pursue and book the best live music and entertainment for all of Northeastern Ohio,” adds Elevation Group Managing Partner Steve Lindecke. “150 shows will not happen overnight. But we have already booked some significant acts with more to come. It is our sole intention to make the Goodyear Theater and Hall the two best venues to experience live music and entertainment in the Cleveland/Akron/Canton area.”

Tickets for Smashing Pumpkins, Gavin DeGraw and Jason Isbell go on sale at 10 a.m. on Friday. Details related to the “free” Kidz Bop show will be announced shortly. Tickets for all shows at both the Goodyear Theater and Hall can be purchased at Ticketfly.com or at the temporary box office located at 23400 Mercantile Road, Suite #10 in Beachwood. Fans can also purchase tickets by phone at 877.4.FLY.TIX (877.435.9849).