'The Divergent Series: Allegiant' Tediously Sets the Stage for the Franchise's Final Film 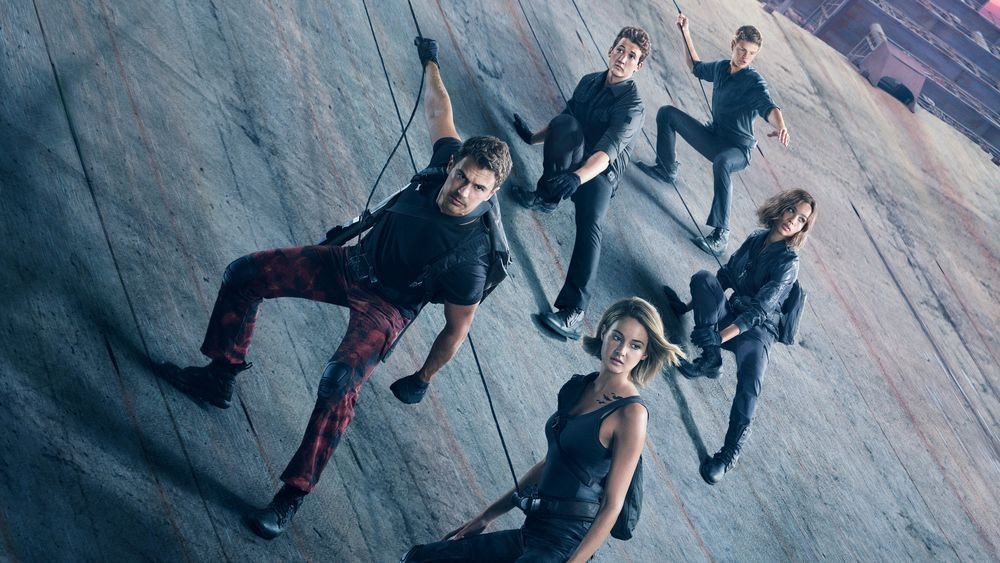 Much like The Hunger Games, the popular film franchise based on the adult book series of the same name, The Divergent Series, a feature film series based on Veronica Roth’s Divergent novels, centers on a courageous young woman willing to lead a revolution. In The Hunger Games, Oscar-winning actress Jennifer Lawrence plays the lead. Divergent counters with Golden Globe-nominee Shailene Woodley.

If there were a competition between the two, Lawrence would win out. She gives gutsier performances than Woodley, who frankly doesn't display the same kind of physical presence on screen. As a result, The Divergent Series: Allegiant, the third movie in the franchise, doesn’t deliver as it tediously sets things up for a final film. It opens areawide tomorrow.

The plot centers on what happens to Tris (Shailene Woodley) and Four (Theo James) after they go beyond the wall enclosing the ruins of a dystopic Chicago. Once outside the wall, they meet David (Jeff Daniels), the leader of a utopian society devoted to the pursuit of a human with perfect DNA. It just so happens that Tris has such a structure, and David convinces here that he can duplicate her genetic structure and save other humans who have “damaged” DNA. She buys what he’s selling, even though it means alienating Four, who thinks of the guy as a con man.

Subplots revolve around Tris’ brother Caleb (Ansel Elgort) and his attempts to reconcile with his sister, and Peter Hayes (Miles Teller), the smart aleck who switches alliances as the wind blows. Their dramas predictably play out as Caleb eventually bonds with Tris and Peter proves (once again) that he can't be trusted.

In terms of special effects, the film often falls short of the mark. The scenes that take place on a former radioactive field look like they were shot on the same crummy set where the last Fantastic Four film was shot. And the spaceship battles look like something from the first three Star Wars films.

In addition, Daniels seems miscast as the seemingly trustworthy Director who says he wants to save humanity but then sends his soldiers on “humanitarian” missions that resemble kidnappings.

The film’s final scenes predictably set the stage for an enormous battle that will undoubtedly be the center of the next film.