State Could Pony Up $10 Million for Cleveland-East Cleveland Merger 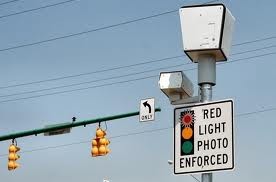 The state auditor has warned that East Cleveland's uniquely abysmal financial situation can only be corrected by a merger or by filing for bankruptcy.

Still, $10 million would go a long way. East Cleveland, like Cleveland, has been severely strapped by Kasich's cuts to Ohio's local government fund. A bill is currently in the works to restore those dollars, but it's a long-shot for passage in Ohio's Republican-dominated legislature.

Yost's proposed $10 million appropriation is nearly as much as East Cleveland plans to spend in all of 2016. It could be used for road repair, traffic lights, and police equipment, so that East Cleveland's budgeted money can be used for things like payroll and website maintenance.

Cleveland City leaders would certainly be more enticed by a merger if $10 million was part of the deal. Council president Kevin Kelley, who has been cautious about the plan since it was first proposed, told Cleveland.com that the city of Cleveland is itself now in a much more tenuous financial position — the Consent Decree is an enormous expenditure ($11 million budgeted in 2016) and Mayor Jackson has proposed an income tax increase to deal with an expected shortfall at the end of this year.