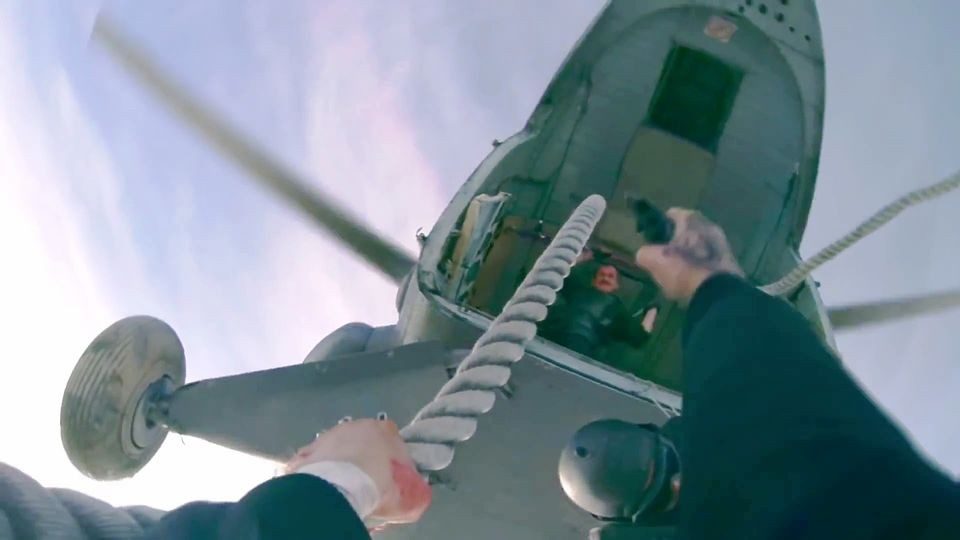 Hardcore Henry, a new Russian-American science fiction action film written and directed by Ilya Naishuller and starring Sharlto Copley, Danila Kozlovsky, Haley Bennett and Tim Roth, comes off as something like a video game. Almost entirely shot using a GoPro Hero 3 camera, the film possesses a particularly unique look. But with little in terms of story or character development, the movie, which opens today areawide, comes off as little more than good gimmick.

The film commences as Estelle (Haley Bennett), a scientist, replaces Henry's missing limbs with artificial ones. She tells him she’s his wife, and he’s suffering from amnesia. Before he can get his bearings and adjust to his artificially enhanced body, Akan (Danila Kozlovsky), a guy with telekinetic powers, rushes into the room and tries to kill both Henry and Estelle. Estelle takes Henry to an escape pod, and they get away from Akan. Their reprise doesn't last long, however, and more mercenaries quickly show up. Wielding machine guns, they try to take down Henry, but he again eludes them. All the while, the body count quickly rises. You'd be hard-pressed to find a film that featured more shootings and stabbings.

Posing as a drunken homeless man, Jimmy (Sharlto Copley) hops on a bus with Henry and tells him his battery will stop working soon, and he’ll die. He advises Henry to flee to a lab where he can receive a new battery. Getting there isn’t easy, however, as Akan and his cronies track Henry’s every move. Henry travels through the city, leaving a trail of carnage in his wake. Along the way, he encounters different versions of Jimmy, including Coke Jimmy, Vest Jimmy and Hippie Jimmy. Each time Jimmy dies, a new Jimmy emerges.

The film concludes with the inevitable showdown between Henry and Akan, who battle like two superheroes trying to use their superpowers to subdue the other. At the film’s conclusion, we see Henry’s face for a couple of seconds. But other than that one brief moment, Henry’s face never makes it into the movie because the camera is mounted to his head. As a result, Henry doesn’t elicit much sympathy. We never see his facial expressions or hear him speak.

The one true actor in the cast, Roth only appears briefly at the film's beginning and conclusion. Kozlovsky plays Akan as the stereotypical power-hungry bad guy and Naishuller never develops Bennett's character. Despite these shortcomings, Hardcore Henry has such a unique look that it will likely spawn a slew of imitators.