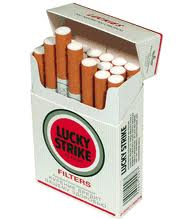 The measure Cleveland City Council pushed through in December of last year to raise the tobacco sales limit officially goes into effect this week.

Today, retailers begin carding anyone who appears to be under the age of 30.

And starting tomorrow — Thursday, April 13 — you'll have to be at least 21, instead of merely 18, to purchase cigs within city limits. For those caught selling tobacco products to those under the limit, a possible fourth degree misdemeanor awaits and 30 days in jail and/or a $250 fine.