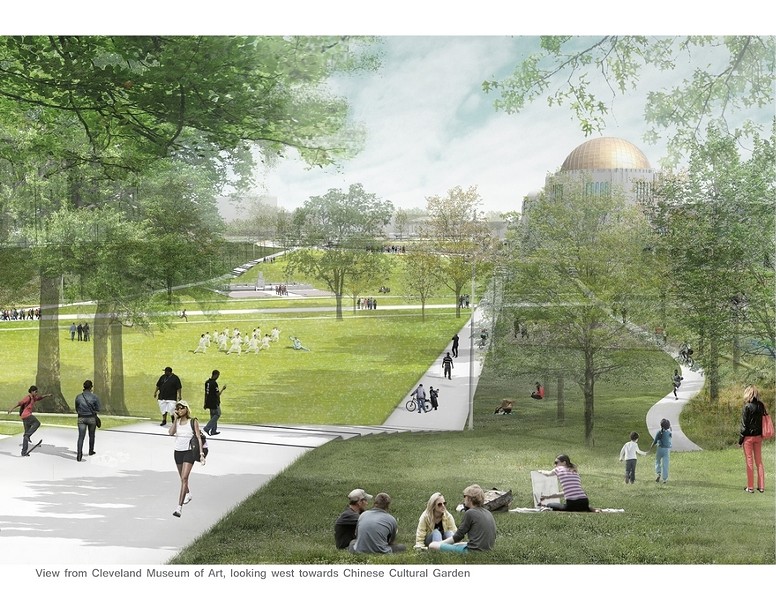 Case Western Reserve University and the Cleveland Museum of Art have unveiled plans to build what they're calling an "innovative urban landscape project."

The project, described as a partnership between the university and the museum, would feature an event lawn, amphitheater, walkway and a bridge. The 430,000 sq. ft. greenway space is designed to connect the western side of campus to the West Campus parcel, Home of The Milton and Tamar Maltz Performing Arts Temple-Tifereth Israel, along with other landmarks including the Cleveland Museum of Art.

“This open civic space builds upon the extraordinary vision of those responsible for some of Cleveland’s most striking physical landmarks,” Case Western Reserve president Barbara R. Snyder said in a statement. “We are immensely grateful to the museum for its partnership, and to our donors for their support in helping us to realize a truly inspiring vision.”

There's much more in the Clevo.com story on how this project came to be, the various partners that made it happen, and the dynamic way in which it will connect landmarks and areas around University Circle.