Mayor Frank Jackson made the announcement Tuesday afternoon to commemorate the Cavs' victory in the 2016 NBA Championships. It's also victory parade day, and as many as a million people are expected to flock to downtown Cleveland.

The city says the general court will remain open (sorry!), however those who fail to appear will have their cases continued automatically and without penalty. Criminal cases will go on as usual, but are expected to be completed by 11 a.m., and housing court cases will be rescheduled.

In the meantime, check out the newly released route parade details: 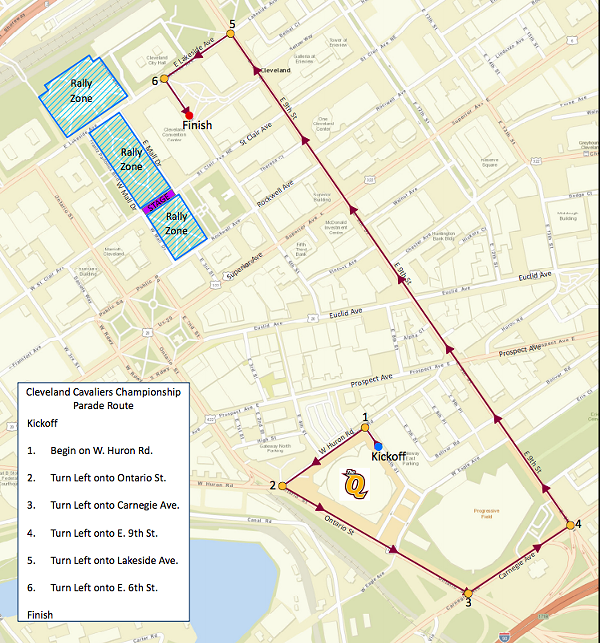