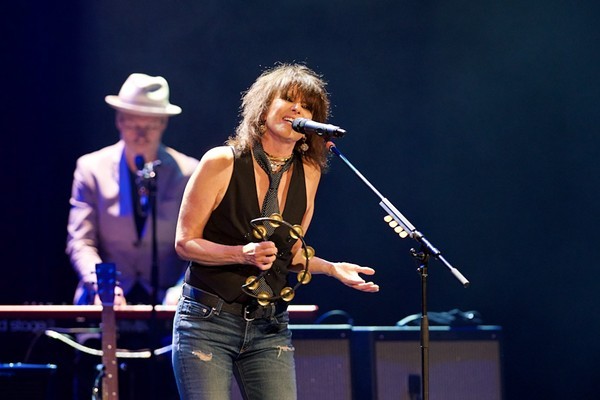 Born and raised in Rhodesia (now Zimbabwe), Rockarchive.com founder and photographer Jill Furmanovsky moved to London in 1965 when she was 11 years old. There, she became a member of the Beatles fan-club and an "Apple scruff" that hung around outside Abbey Road studios in London, hoping to catch sight of the Fab Four. She took her first photo of Paul McCartney with a Kodak Instamatic.

After studying textile and graphic design at the Central School of Art and Design, she took on the unpaid job of official photographer at London's premier rock venue, the Rainbow Theatre, and embarked upon a career as a professional photographer. Over the course of her 40-year career, she’s photographed acts such Pink Floyd, Bob Marley, the Police, Blondie, the Pretenders, the Ramones, the Sex Pistols, Elvis Costello, the Rolling Stones, Florence and the Machine, and many more. The Akron Art Museum displayed her work as a part of the 2011 Who Shot Rock and Roll exhibition.

Furmanovsky will share pictures and stories from her career at 6 p.m. on Thursday, July 7, at the Akron Art Museum, where she gives an artist talk with the Pretenders’ Chrissie Hynde, whom she's photographed numerous times. The artist talk coincides with Furmanovsky’s exhibition Chunk of Punk, which opens at Akron's 22 High St. Gallery at Uncorked Wine Bar on Friday, July 8.