Chef Michael Symon Back into Production for New Season of "Burgers, Brew & ‘Que 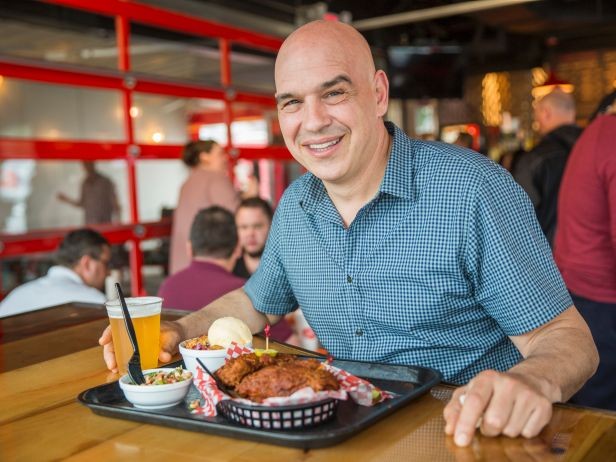 Today, the Food Network announced that Michael Symon is going back on the road as host of the popular "Burgers, Brew & 'Que." The new season – season three – will premiere in September. These culinary road trips hit up classic restaurants across the country to highlight their food, the people who run them, and often include cameos by the Iron Chef's celebrity friends.

"Michael's infectious personality and adventurous spirit is perfect for bringing viewers along on this journey to find the best Burgers, Brew & 'Que," said Didi O'Hearn, Senior Vice President Programming, Food Network & Cooking Channel. "The new season offers even more reason to tune in with Michael, as he is joined by some exciting guests, plus an all-new digital companion series to give viewers more of what they crave."

New this season will be a digital companion series on FoodNetwork.com that includes restaurants not included during the episodes.