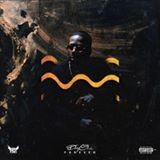 In his new music video for the tune “Learning,” local rapper Ripp Flamez addresses the issues of gun violence and gun culture.

Set in both a local cemetery and a corner store, the video finds the rapper and his squad contemplating “the pitfalls of growing up in the Mistake by the Lake and learning from youthful mistakes that got some of his childhood friends killed.” It also includes photos of several shooting victims.

The video concludes with shots of both Flamez’ crew and a younger crew that’s “liable to succumb to the same pitfalls that Ripp has learned from.”

The fifth video from the latest Flamez effort, DayOne Forever, it follows popular YouTube videos "Forever," "LeBronFlamez" "Shine Light" and "PayBack." Flamez performs on Saturday at the Q as part of the annual Z107.9 Summer Jam.