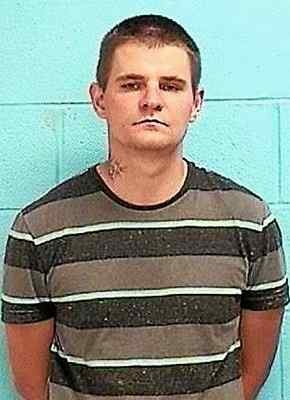 It was the finger and footprints (and surveillance camera footage) that did a burglary suspect in, but this wasn't your run-of-the-mill theft.

Ellis B. Doyle III, 26, has been charged with breaking and entering at Cirilla's, an adult shop in Elyria, on August 20. The sticky-fingered culprit allegedly gained entry into the business through a ventilation shaft.

Once inside, he made off with $2,700 worth of adult goods, including 11 masturbators, lubricant and spray, as well as a mannequin named "Eva," the top which he absconded with and the bottom half which he left behind. (Camera footage showed Doyle taking off the mannequin's clothes and then putting a blonde and burgundy wig on it before leaving. So there's that detail.)

Doyle has a preliminary hearing scheduled for August 29 for the incident, and hasn't yet entered a plea, according to the Morning Journal.