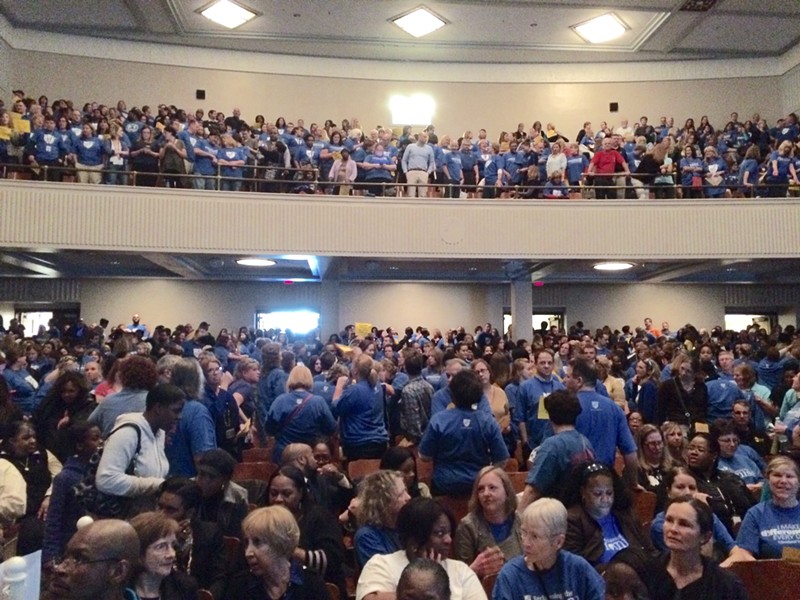 After a marathon 21-hour bargaining session, members of the Cleveland Teachers Union and the Cleveland Metropolitan School District reached a "tentative agreement" at 5 a.m. Tuesday, preventing a teacher strike that was scheduled to have begun Thursday evening.

“We worked hard to avoid any disruption to our students’ education," said CTU President David Quolke, in a statement released by CMSD. "We were able to bring back a contract that is good for kids and fair for educators - that our members will be proud to ratify. We listened to the concerns of our members and Cleveland parents through conversations and surveys and made sure those issues were at the forefront of our talks.”

"Now, we must work beyond the bargaining table to breathe life into a contract that has, at its heart, what’s best for kids,” he said.

Chief among the sticking points in negotiations were the methods by which teachers were evaluated. Patrick O'Donnell at the Pee Dee has been all over the strike, and published a rundown of the key issues Monday. He reported that compensation was no longer as critical as the evaluations themselves. Teacher raises are tied directly to performance evaluations, and the evaluations disproportionately consider standardized test scores. Teachers wanted locally devised classroom goals to account for poorly performing schools, as well as other factors.

The proposed agreement will now be reviewed by both sides. According to CMSD, if the members of the CTU and school board both ratify the contract, then the new deal will go into effect immediately.

Now everyone can focus on renewing the school levy in November.