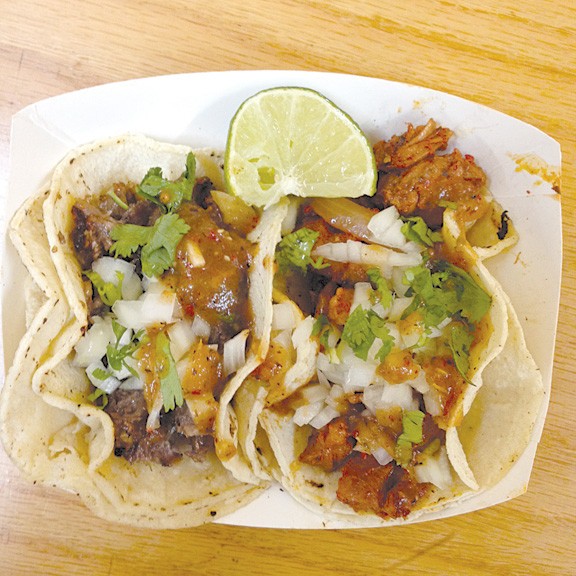 If you were of the belief that downtown Cleveland could use a new taco restaurant, today is your lucky day. That’s because today is the day you learned about El Puente Viejo (1220 Huron Rd.), a new “taco and tequila bar” scheduled to open in the Creswell, a high-end residential building in Playhouse Square.

Owner Rogelio Hernandez was born and raised in Central Mexico, but he’s owned Mexican restaurants in the States for years. He recently added a splashy new Si Señor (25048 Sperry Dr., 440-250-0882) in Westlake to his portfolio, which also includes spots in Kamm's Corners, Seven Hills and N. Ridgeville. Like his Westlake operation, Puente Viejo will feature a handmade tortilla station, guacamole bar, and refrigerated fresh toppings bar for diners to customize their dishes.

The 2,800-square-foot space will seat 100 guests inside and another 40 on a Huron-facing patio. Partner Dave Wittshen describes the look and feel of the restaurant as “urban modern,” with a feature wall mural of the puente viejo, or “old bridge.”

“It refers to the old bridge in Central Mexico that separated Rogelio’s hometown from the city,” Wittshen explains. “All the kids would have to cross the old bridge to get to the city, which is where all the old school taco carts would be.”

Wittshen says that barring any unforeseen developments, the restaurant should be open before the end of October. As for the purported downtown taco glut, the owner says he and his partner have zero concerns.

“We’ve got 80 units above us, the stadium, basketball arena, Playhouse Square right there,” he says. “Yes, several Mexican restaurants have gone in downtown, but we love that area. I think it’s going to be something that area will be excited about.”