Night at the Museum... for Cleveland's Robust Big Data Community 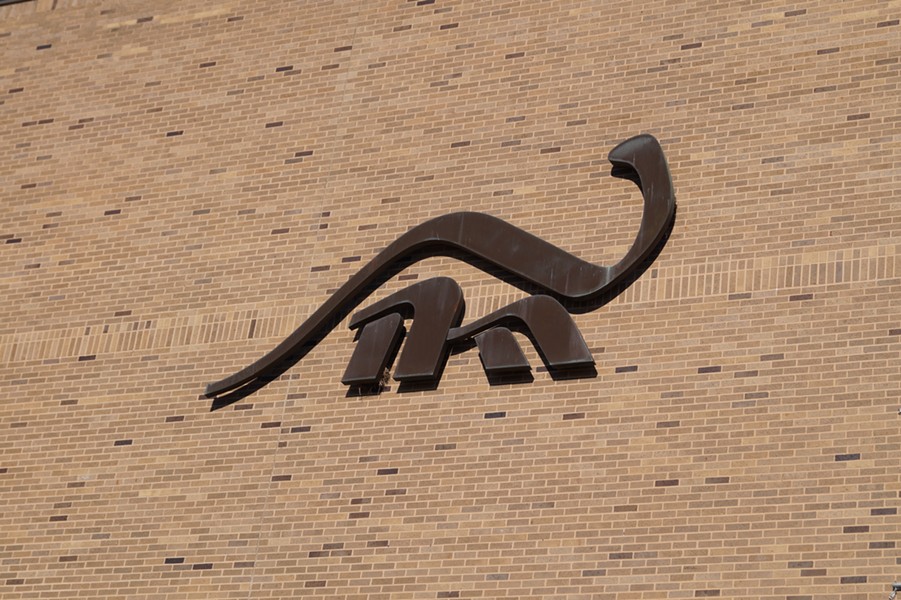 Before Cleveland Museum of Natural History Director Dr. Evalyn Gates delivered a crash course on Precision Cosmology and the impact of big data on dark matter's deep-galactic frontier, software developers and system operators and Case undergrads wielding graphing calculators like sheriff's badges and recruiters from the high-altitude peaks of cloud-based computing companies and a handful of data-storage hobbyists and the most exquisite specimens from the subspecies of bespectacled nerd who go absolutely gaga for open-source computing were all throwing back Coors Lights and Fat Tires beneath the dinosaurs.

It was the Back to School Bash for Cleveland's Big Data Meet Up, formerly CHUG (Cleveland Hadoop User Group), and a roster of distinguished speakers, several of whom traveled from Silicon Valley, a cash bar and the plush diorama aromas of CMNH accounted for this raucous and deeply nerdy milieu.

Nearly 400 of these local Hadoopian wizards were in attendance, and Douglas Meil, the Meet Up's mastermind and soul, and an IBM engineer of company-wide repute, told Scene that he couldn't take credit for what was sure beginning to look like a real humdinger of an event.

The Linux Foundation, an international collective, happens to be captained by a dude who lives in Cleveland, Meil said, and that guy brought his kid!

"I love the all-ages aspect," said Meil, "You've got professionals, students, and a six-year-old."

Indeed. All of them rendezvoused after the pizza and beer — and Meil assured Scene that pizza was a staple at all Big Data Meet Up events, not just the annual bash — to the CMNH Murch Auditorium, where the evening's six scheduled speakers would hold forth on computer lingo-laden topics like: machine learning, ephemeral infrastructure, "fast analytics," Spark, and the applications of big data on solar farms. Not to mention Dr. Gates' cosmological Powerpoint at the outset.

The Meet Up, according to Meil, is one of the country's largest between New York and San Francisco. It testifies to the robust subculture of software engineers and data-processing fanatics in and around Cleveland.

Fred Hatfull, a CWRU alum who now lives in San Francisco and works at Yelp, was one of the evening's speakers. He told Scene that coming to the Cleveland Big Data Meet Up made sense for Yelp.

"I'm an engineer, not a recruiter," he said (which means, despite his table of Yelp Swag — and full disclosure: Scene walked away with a very small tin of Yelp-brand Altoidal mints — he's able to forage through the tall grass of IT conversations with not only a native's fluency but with glee). "And we've had great success with Case students."

But the local social energy around Big Data turns out to have been spawned in large part by Douglas Meil himself. Before the evening's presentations in the Murch Auditorium, Meil's co-worker Steve McHale, CEO and co-founder of IBM's Explorys, grabbed the microphone and announced that Meil had been awarded a coveted distinction in the IBM community, in fact the company's second-highest honor for engineers. McHale went on to say that the success of the Big Data Meet Up was attributable largely to Meil's enthusiasm and dogged coordination. Meil smiled and thanked the applauding crowd quickly.

"Now back to our regularly scheduled programming," he said.