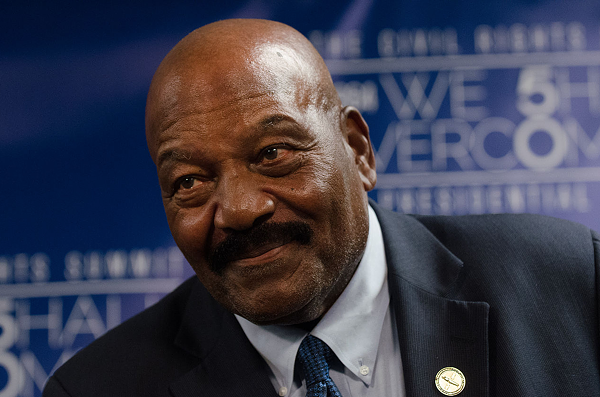 Just a reminder that this Sunday morning, before the Browns take the field to lose to the Baltimore Ravens, the team will unveil a statue of Jim Brown.

The running back's place in the on-field history of the team and league is undeniable. Off the field, however, there's a disturbing history that fans tend to brush aside in favor of reverence to Brown's athletic prowess. It's a timeline worth revisiting here, a few days before a statue of an alleged serial abuser of women is celebrated by Browns fans.

In the most stirring case, in 1968, Brown's then 22-year-old girlfriend, Eva Bohn-Chin, was found on the ground outside his home. Police said at the time that Brown had thrown her off the balcony. Charges, which included assault with intent to murder, were eventually dropped after she said she slipped.

In 1965, Brown was charged with assault and battery after an 18-year-old woman alleged he forced her to have sex. He was acquitted by a jury.

In 1969, Brown was charged with assaulting a man over a traffic incident. He was acquitted.

In 1971, he was charged with battering two women. Both women chose not to testify.

In 1978, he spent a day in jail after beating a golfing partner.

In 1985, charges of rape, sexual battery, and assault against Brown were dropped after the 33-year-old woman who made the claims gave inconsistent testimony.

In 1986, Brown went to jail for allegedly beating his 21-year-old fiancée. A few days later, she informed authorities that she didn't want to press charges.

And in 1999, Brown was convicted after working out his frustrations on his 25-year-old wife's car. She previously claimed he was violent and abusive, but later testified that that was not true.

For the 1999 conviction, Brown was sentenced to probation and ordered to attend spousal-abuse counseling. He refused, asserting that the incident had nothing to do with domestic violence. For that remark, he enjoyed a brief trip to the slammer.

Cleveland.com has covered the murky position Browns fans find themselves in with Brown a couple of times. The Big Lead has a very detailed history of the above cases here.

Brown has never denied his penchant violence. Among other quips, he's said and written this, which comes from his book and relates to the alleged assault on Eva Bohn-Chin: “I have also slapped other women. And I never should have, and I never should have slapped Eva, no matter how crazy we were at the time. I don’t think any man should slap a woman. In a perfect world, I don’t think any man should slap anyone. . . . I don’t start fights, but sometimes I don’t walk away from them. It hasn’t happened in a long time, but it’s happened, and I regret those times. I should have been more in control of myself, stronger, more adult.”

Later, during a jailhouse interview with Sports Illustrated in 2002, Brown responded to questions about his history of violence and said: "I can definitely get angry, and I have taken that anger out inappropriately in the past. But I have done so with both men and women. So do I have a problem with women? No."

Have fun at the statue unveiling, Browns fans.