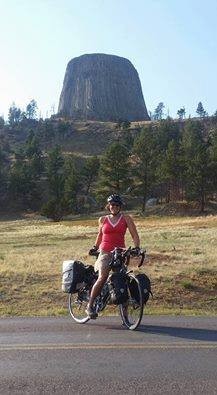 A local bike advocate was struck by a vehicle going 60 mph in Montana Sunday evening. Shelli Snyder, a co-founder and former board member of Bike Cleveland, was cycling from Cleveland to Seattle. She was relocating to Washington state and raising funds for Bike Cleveland by cycling cross country in the process.

Via Bike Cleveland, who posted the news to its Facebook page, Snyder suffered hip and leg injuries and a fractured skull. Emergency medics arrived quickly on scene, and Snyder underwent surgery to repair her hip and leg and to relieve the swelling in her brain.

Around noon Monday, an update was posted: Snyder remains in critical condition and physicians are concerned that her brain injuries may be life-threatening. She is currently unconscious.

"Those of you who know Shelli know how strong she is in body, mind, and spirit," Alvarado wrote. "She has been there for all of us [to make] cycling safer and better for Cleveland. It's time for us to be there for her."