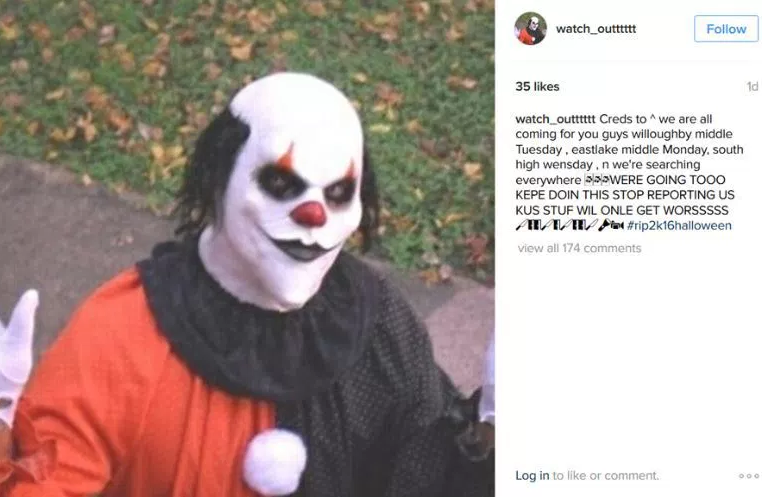 Clowning. It's a thing now. More so the talk of clowning and stories about clowning and authorities warning people about clowning on social media than any actual clowning itself, but nevertheless, it's a thing. And it's led to wall-to-wall clown coverage on your local TV stations. Here's Fox 8 with "Clown threats take over Ohio," for instance.

Most of these involve teens, of course. Police, who are sadly being forced to investigate this nonsense, dig into social media posts and inevitably find out who's being the threats and then some kids get arrested and they say they're sorry and it was all a joke.

That's what happened in Eastlake, where three middle school girls copped to the post above. Police got a tip that two of the girls were involved and another got roped into the investigation and they all quickly confessed. The juvenile prosecutor will look into what if any charges the trio will face.

Eastlake and Willoughby were but two local school districts where threats have been investigated recently.

If you're curious how clowning is affected the clown community, rest assured they say they're feeling no negative repercussions from the fad.