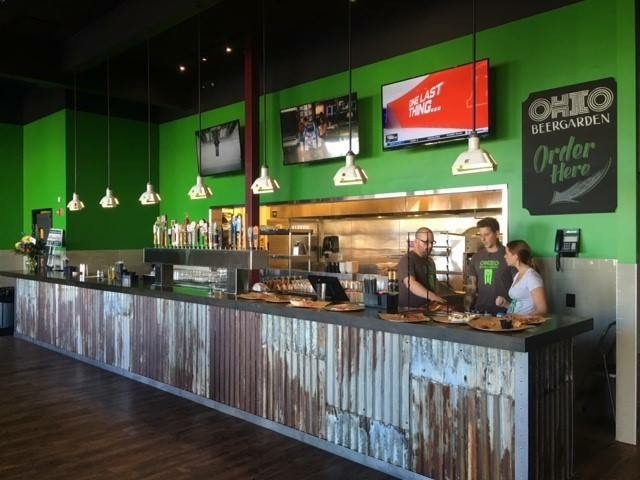 Mike Mariola is on a roll. The restaurateur who made a name for himself at South Market Bistro in Wooster left there to open City Square Steakhouse across the street. In 2011, he opened the first RAIL burger bar in Akron, quickly following that with additional locations in North Olmsted, Canton and Strongsville.

“The space next door [to the Rail in North Olmsted] was available but I didn’t want to expand the restaurant because it’s a good size and I didn’t want to mess with it,” Mariola explains. “Once we got the space we started thinking about what we could do with it. Why don’t we do something really different and get away from the full-service restaurant thing and do something modeled after the beer tasting rooms that you’d find at breweries all around Ohio.”

Mariola says that he loves the fun, casual atmosphere found at many of the state’s tasting rooms, where parents can feel comfortable bringing their kids, there are plenty of games to play, and food is nothing complicated.

The 3,500-square-foot space will not have a traditional bar, but rather counter service, where guests walk up, order a beer, and grab a seat at the beer garden-style picnic tables. A garage door façade opens to a front patio on warm evenings. The beer list will consist of two dozen Ohio beers from around the state, available in pints and growlers.

“Me and beverage manager Mike Patterson will work with the breweries that we already have relationships with to encourage them to offer the pub-only stuff or limited release beers,” Mariola notes.

For that reason, guests can expect a very fluid selection.

While he initially planned to offer little or no food, the space came with a pizza oven, which would have been a shame to ignore. Guests can enjoy snacks and a pizza, order carry-out from the Rail next door, or bring in the food of their choice.

“I really want to continue pushing Ohio beers because I feel like that is something we can continue to be a front runner on,” Mariola says.

Ohio Beer Garden is open every day at 3 p.m.