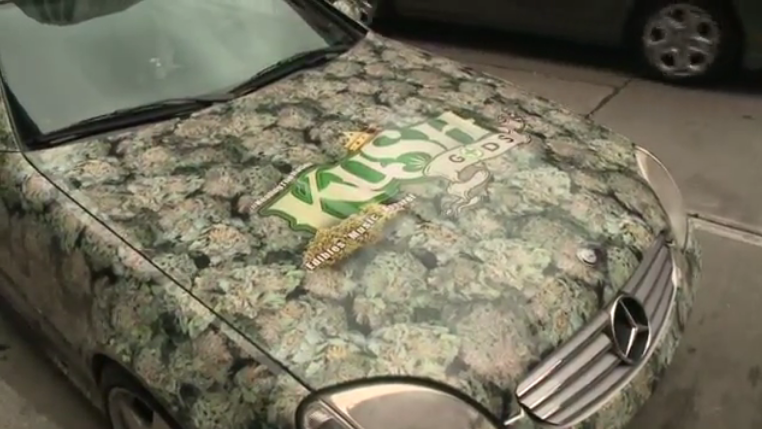 The Kush Gods have spoken, and they want you to try their marijuana cookies and other pot edibles.

The "mobile weed dispensary" has been seen cruising around the city for some time now. Reports say the driver says a $10 donation is required to sample their goodies. According to Cleveland police though, taking donations can be considered selling, which is illegal in Ohio, along with that whole possession thing.

Nycholas KushGod, the mere mortal based in Washington D.C. who is behind the whole operation, denies the dispensary is selling anything. Instead he's marking turf for if/when it becomes legal to do weed business here. (Note: he's under probation in D.C. on a marijuana charge).

"Gonna be a long time before things get started. So we came early to get our brand here early, to market here early, “ KushGod told the FOX 8 I-Team. He then denied any edibles were being handed out from the Kush car. "No, don't know what she discussed with you, but you can’t get anything from this car right now," he told the reporters.