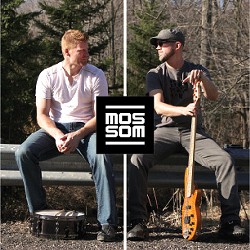 Local singer-bassist David Moss, who heads up the local power duo MOSSOM, has deep ties to Northeast Ohio. He grew up in Amish country in Geauga County and moved back to Northeast Ohio in 1999 after attending college out of state.

As a tribute to the Tribe’s first trip to the World Series in nearly 20 years, he’s released the hard-driving anthem “Tribe Rallycry,” which he’s offering as a free download.

“It’s our thank you for the energy and excitement this team has brought our fans and our city in a year we are truly living the dream,” he says in a press release. “As some of you may know, [MOSSOM drummer] Russ Herbert is a former minor league player, who spent a decade on the mound with White Sox, Phillies and Astros clubs. [He] now currently supports local heroes as a pitching coach here in Greater Cleveland."

The Tribe's quick run through the first two rounds didn't make it easy for the guys to crank out the tune.

"We had to move fast to keep pace with the sweeps and a victorious series against the Jays," says Moss, adding that he tracked his vocals immediately following the Tribe’s ACLS victory. "Hats off and special thanks multi-platinum producer and dear friend, Michael Seifert, who brought the magic.”

The band recorded the tune at Seifert’s locally based Tungsten Audio/Video studio. You can download it here.