Classic Lineup of the Jayhawks to Perform at the Kent Stage 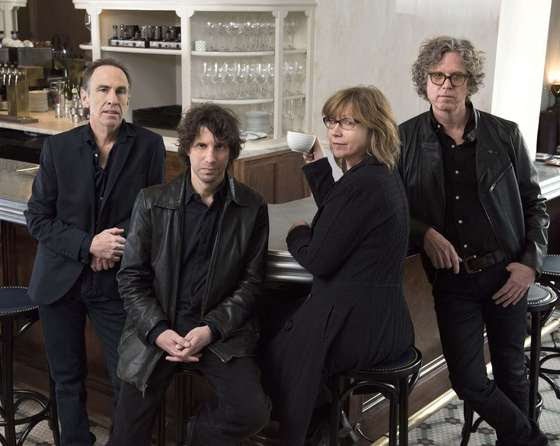 When singer Gary Louris first started the Jayhawks, a pioneering alt-country band that formed in Minneapolis in 1985, he didn’t set out to craft a sound from roots rock and country. The band plays the Kent Stage on Nov. 2.

Rather, he confesses that he was initially an “Anglophile” when it came to music.

“I was a prog rock guy and an art rock guy and a punk and pop and rock fan,” he says in a recent phone interview. “That influence came to me later in life. I don’t think of it as the foundation. I think of it as one of many influences within the band. At the time, I had stumbled upon American music and so had [co-founder Mark] Olson. We had a meeting of the minds, and it felt like we had found something that nobody else was doing. It was a smaller part of where our hearts lay, which is in many different types of music.”

The band had a great run in the ‘90s but Olson left in 1995 and the band went through various lineup changes (and even took a hiatus in 2004). Now, after various lineup changes, Louris has reunited the group’s celebrated late-1990s lineup (bassist Marc Perlman, drummer Tim O’Reagan and keyboardist Karen Grotberg) for Paging Mr. Proust, an album the group recorded at Martine’s Flora Recording & Playback in Portland, Oregon.

The album shows off the band’s psychedelic side as the group expands its sound with songs such as the shimmering “Lost the Summer,” a track with a distorted guitar riff and woozy vocals. Other tunes such as “Leaving the Monsters Behind,” “The Devil is In Her Eyes” and “Quiet Corners & Empty Spaces” employ the keen harmony vocals and gentle harmonies for which the band is known. Louris, R.E.M.’s Peter Buck and Tucker Martine (The Decemberists, Modest Mouse, My Morning Jacket) co-produced the disc.

“I was writing a lot of songs and trying to find my footing,” says Louris when asked about the decision to bring the band’s classic lineup back together. “I found that I really missed the structure of the band and the people in the band themselves. After going to rehab [in 2014] and getting off the opiates and almost dying and coming back and getting out of my head and seeing the world for what it is instead of in a distorted way, I kind of have had a new appreciation for a lot of things in life, including the members of the band. When you’re a musician or an artist of some kind, and you’re creating, it’s good to have some kind of structure. We have a musical vocabulary together so that drew me back to them.”

“You have to be careful if you start writing too quickly,” he says. “You can write about everything being rosy. I gave it some time and started writing with no particular destination for the songs. I didn’t know what they would be or how they would take form or with whom. When I first started writing again, I played a lot with electronic sounds and more droning-ness. Then, once I figured out it would be Jayhawks record, I started picking through them to find the ones that would be most like a Jayhawks’ song. I think that’s why it’s a little more diverse than other records. Some songs were written when I knew they would be with the Jayhawks and we collaborated and jammed a bit.”

The album’s name comes from a friend who was traveling in Europe at the Amsterdam airport and heard what she thought was a paging of writer Marcel Proust. She wrote Louris an email about the experience.

“I immediately thought it was an affirmation of what I think in that the world needs to reach out and connect with the ideas of someone who preached about slowing down and being where you’re at and not speeding everything up,” says Louris. “It seemed to fit with some of the songs and took on a life of its own. I suppose she could have heard the announcement clearly, but it’s unlikely. I think it’s one of those misheard things which can work well for lyric writing too. You hear things and make them your own.”

Thirty years down the road, Louris says his love for songwriting continues to inspire him.

“It’s what I do is write songs,” he says, adding that the Jayhawks plan to go back into the studio in 2017. “It’s what I feel like I’m best at. The fact that we have enough fans to keep us going helps too. We are something of a cult band. That also means that there are people who are rabid fans. We’re important to them. As long as there are songs coming out, I’m still interested. I don’t have any interest in just going around and strictly playing the old stuff.”