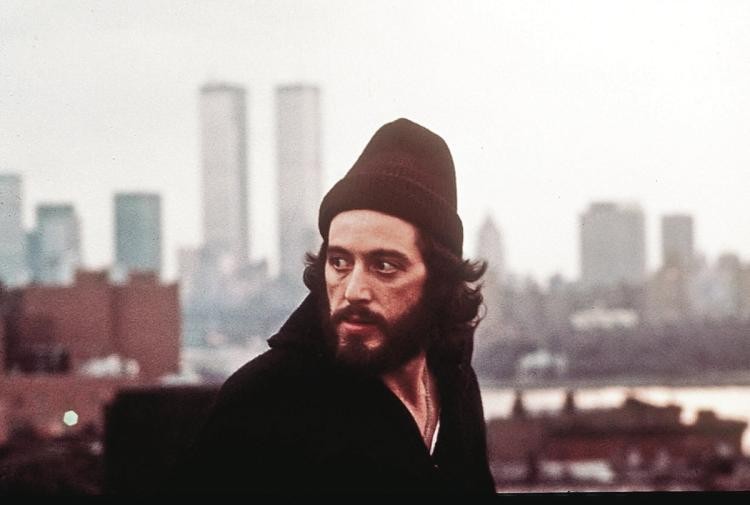 During a career that spanned 50 years, the late writer-director Sidney Lumet delivered classic flicks such as Network, Fail-Safe, The Pawnbroker and The Verdict.

He launched his filmmaking career in 1957 with Twelve Angry Men, and his films Dog Day Afternoon and Serpico helped turn actor Al Pacino into a star.

Starting next week, the Cleveland Museum of Art will host a retrospective of his work and screen nine of his films. The series starts with By Sidney Lumet, a new documentary about his career that he didn't direct.

“The new documentary about [Lumet] has just come out, and I’ve had in mind to do a Lumet series for quite a while, ” says John Ewing, the museum's Curator of Film . “Somebody even once chastised me on Facebook for not showing more Lumet films. So theThe documentary seemeds like an opportunity to do a series. I’m trying to keep our 35mm projectors at the art museum in working order and lubricated and so I’m trying to do at least half of our films on 35 if I can. All of the Lumets will be on film.”

Born to two Yiddish theater performers, Lumet dabbled in acting until he turned to directing. During the five years before he began his filmmaking career, Lumet directed almost 40 episodes of TV shows. His films, many of which were adapted from acclaimed stage plays and novels, reflected, as it’s put in a press release announcing the retrospective, “his progressive political bent, his concern for societal justice, his fascination with personal conscience, and his love for New York City, where many of his best movies were set.”

“He’s Jewish and many urban Jews are very interested and concerned with social justice issues,” says Ewing. “They’re very progressive, by and large. They look out for the underdog. Once he had a big hit with 12 Angry Men, Lumet probably got pigeonholed, but I think that was also his choice. He believes in dealing with moral issues on the screen.”

Ewing says he chose to focus on movies that haven’t shown recently in Northeast Ohio.

“Whoever shows Murder On the Orient Express anymore?" he says. "And I’ve never seen The Hill or The Group. The Group might not be one of his greatest films, but it has a great cast. The Offense, which some people think is his best, never shows. It was hard to find a print for Prince of a City. But they showed one at Lincoln Center that belonged to the Harvard Film Archive. They had a mint condition print they’re loaning to us. He has so many great films that it was hard to narrow it down.”

Here’s the schedule and description of the films, taken from the press release that the art museum issued.

Running on Empty
Sun/Dec 4, 1:30. With River Phoenix, Christine Lahti, and Judd Hirsch. A fugitive family consisting of two former radicals and two children, on the run from the FBI since the 1970s, comes to a crossroads when the older teen son wants to embark on a life of his own. A neglected, wrenching masterpiece. (USA, 1988, color, 35mm, 116 min.)

Prince of the City
Sun/Dec 11, 1:30. With Treat Williams and Jerry Orbach. In this masterful crime epic based on a true story, a New York City cop who blows the whistle on departmental corruption no longer knows who his friends are. “Serpico all over again, but revised, enlarged, and immeasurably improved” —Time Out Film Guide. (USA, 1981, color, 35mm, 167 min.)

The Group
Wed/Dec 14, 6:15. Fri/Dec 16, 6:15. With Candice Bergen, Joan Hackett, Elizabeth Hartman, et al. This kaleidoscopic film charts the loves and lives of eight diverse female classmates at a Vassar-like college, from their graduation in 1933 to the eve of World War II. “A beautifully crafted and brilliantly acted adaptation of Mary McCarthy’s novel” —Time Out Film Guide. (USA, 1966, color, 35mm, 150 min.)