November 08, 2016 at 11:05 PM
2 comments
Donald Trump is the projected winner of Ohio with 83 percent of precincts reporting shortly before 11 p.m.

As for Cuyahoga County, Clinton took the top spot with approximately 65.4 percent of the vote, Donald Trump won 31.4 percent and Johnson and Stein combined for about 2.9 percent, according to CNN. 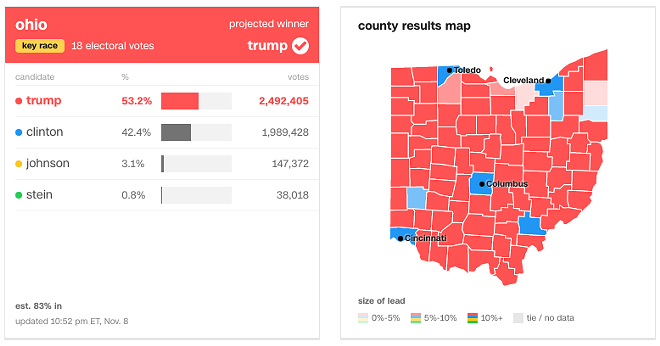