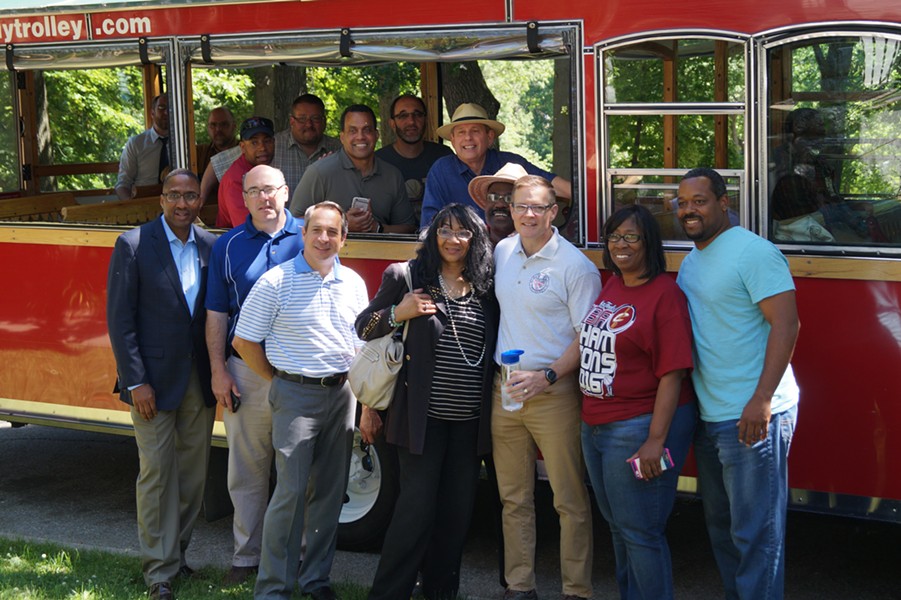 In the shadow of the presidential election, Cleveland's local Fox 8 news has exposed a dire sickness at City Hall. Read on if you dare:

"During a council meeting on a recent Monday evening," reports Fox 8, "the I-Team noticed Councilman Anthony Brancatelli had a computer on his desk keeping track of detailed play-by-play action happening in an Indians playoff game."

But it gets worse. Brancatelli repeatedly refreshed the screen. And when approached after the meeting, the councilman, who represents Cleveland's Slavic Village neighborhood, defended his behavior by saying he was "multi-tasking."

Nice try, Brancitelli! The I-Team sleuths next turned to newly minted Councilman Kerry McCormack, whom they spied texting during the very same meeting. McCormack tried to shrug it off as a "constituent issue" — rookie mistake, McCormack — and then tried to get the I-Team off his tail by having his staff say the "issue" had been resolved. Pssshaww!

Speaking of issues: this one probably deserves a pass, huh?

Council merits much harder and deeper investigation by local media, certainly, and it's true that the non-stop texting and phone calls and web browsing during meetings (and more egregiously, during committee meetings) can seem indecorous. (Joe Cimperman was a repeat offender.) But a councilperson's job involves intense demands on time and attention, and faulting Brancatelli, for discreetly tracking a Tribe playoff game, with zero corresponding  information (or interrogation) about whether the lack of attention mattered, seems like a misallocation of investigative resources.

What was the council meeting even about, for instance?