MetroHealth Plans to Pay for $855 Million Makeover on Credit 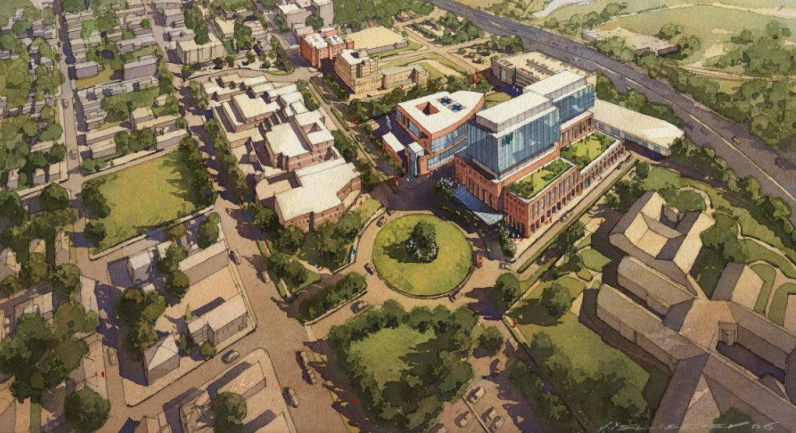 The MetroHealth Hospital System has announced that it is moving forward with an $855-million campus transformation, and that it will likely do so by seeking financing on its own credit. Assuming all goes according to plan, a new medical campus on the current footprint along W. 25th Street will be up and running in 2022.

CEO Dr. Akram Boutros told Scene in an interview that the hospital system’s board of trustees voted on the credit option after they’d received a report by healthcare financial advisor Kaufman-Hall apprising them of their options. County support, HUD financing and developer-tied financing were also on the table.

“But setting out on our own credit assured MetroHealth the most efficient transformation,” Dr. Boutros said. “And in the grand scheme, it’s the least costly method.”

To get things rolling, the board approved a $120,000 payment to an investment banking firm earlier this month. Raymond James & Associates will help MetroHealth navigate the bond market, which Boutros said should be receptive to the hospital system’s strategic (and financial) growth. Additionally, interest rates are at near-historic lows, so now is an advantageous time to borrow, he said.

MetroHealth clarified that though this option has been approved in principle, it has not yet been set in stone. Depending on "market receptivity and conditions," the board may pursue other alternatives. The actual issuance of bonds — up to $1.25 billion, for the transformation itself and for refinancing outstanding debt — requires additional board action.

But Boutros said a campus transformation, quite apart from the fact that it echoes the strategic transformation, is becoming physically necessary. Since 2005, MetroHealth has spent $80 million “patching and repairing” its buildings. Work orders in the past 10 years have gone up 400 percent.

Boutros hastened to say that despite this financial decision, the hospital’s relationship with the county will not change.

“We’re still a public hospital,” he said. “We still have our mission. We’re still going to care for everyone, and we’re still pursuing ways in which the county can support the transformation — maybe through credit enhancements. We’re optimistic and committed to working with them.”

Boutros said lenders look at MetroHealth as a good borrower because of its recent performance. In the past four years, the hospital system has gained 67,000 new patients. After a strategy firm forecast a bleak outlook for MetroHealth in 2011, Boutros said the hospital had to reassess its identity.

“We have the world’s most recognized brand in healthcare in our backyard — Cleveland Clinic. We have a massive academic medical center with lots of locations that provide excellent care — University Hospital. If we were going to compete on that model, we weren’t going to succeed,” he said.

So MetroHealth found a niche in what Boutros called “upstream” healthcare, services that “complement and augment” what other local providers do.

“Instead of coming in at the very end of someone’s needs — say a kidney transplant — we come in early to identify risk and manage that risk. This creates values for patients and for the community.”

County Executive Armond Budish confirmed that the County had been involved in "extensive discussions" with the hospital regarding the transformation plan.

"MetroHealth is an extremely important component in the high quality health care fabric of our community," Budish said, in a statement provided to Scene and the Plain Dealer. "We have been told that they will present their financing options to us in the near future. We look forward to reviewing their plans when they are presented."