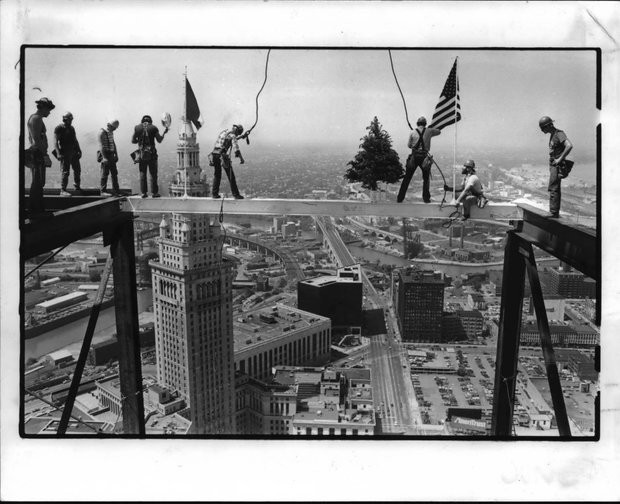 Update: With a 616-320 vote, members of Iron Workers Local 17 approved cuts to the union's pension payments. The vote is unprecedented among private pension plans for American unions.

The gist behind the vote, which was overwhelmingly greenlit by current union members, hits retirees' wallets hard in favor of avoiding bankruptcy down the road. Some retirees will see more than half their monthly pension payments disappear. (Any member who didn't vote had his or her absence counted as a "yes" vote.)

As membership rolls decrease in unions across the country, other pension funds have applied for the same sort of Treasury Department approval that allowed this vote to happen (see below).

(Original story 1/5/17): For the first time, the Treasury Department has authorized a vote on cuts to a private pension plan for union members. Specifically, Northeast Ohio's Iron Workers Local 17 will vote this month on whether to cut their pension plan by 20 percent on average.

This is noteworthy because there are other pension plans around the country on the chopping block now, and an affirmative vote could signal more of these authorizations from the Treasury. As The Washington Post states, "The proposals could affect tens of thousands of employees and retirees who earned pensions as bricklayers, furniture workers and autoworkers."

Members of the plan have to submit their votes by Jan. 20. A “no” vote from the majority of the plan members cannot be overridden by the Treasury Department.

“The good news here is the final decision rests with the workers,” Sen. Sherrod Brown (D-Ohio) said in a statement.

But some pension advocates worry that not enough participants will cast a vote, since roughly half of the members are exempt from the cuts because of their age or a disability. Under the law, anyone who does not vote will be registered as voting in favor of the proposal.

The leaders of the Iron Workers Local 17 Pension Fund say the cuts are necessary to keep the fund afloat. If no changes are made, the fund is expected to run out of money by 2024. At that point, the pension plan would need to rely on a federal insurance program that is supposed to back up struggling pension plans.