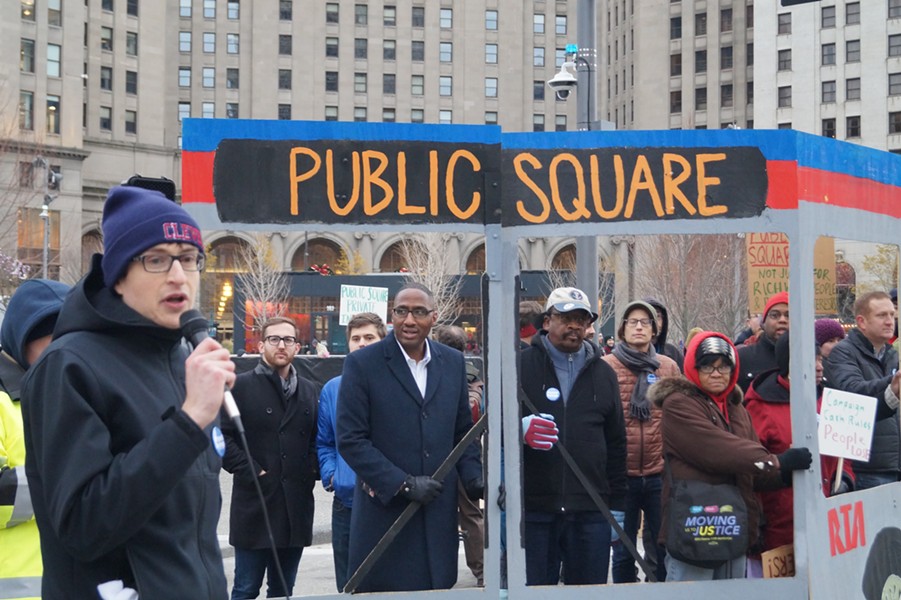 While city officials have bombarded the Federal Government with letters begging for an extension on a $12 million Public Square debt, Cleveland City Councilman Zack Reed has sent a letter asking that the requests be denied.

"I am asking that you not grant the extension until there are public meetings, dialogue and conversations about the ongoing closing of Public Square," Reed wrote in his letter to Dept. of Transportation Secretary Anthony Foxx, dated Jan. 12.

Reed's letter came after two from the city — one from Frank Jackson to Sec. Foxx, and one from Police Chief Calvin Williams to the Federal Transit Administration's (FTA's) Acting Commissioner, Carolyn Flowers — and one from RTA CEO and General Manager Joe Calabrese to the FTA.

Those letters all asked that the Jan. 19 deadline for the payment of a $12 million debt (or an official appeal) be extended. Calabrese's letter specifically asked for a 30-day extension to review the results of an ongoing traffic study. Williams' asked that Superior remain closed until a "safety risk management study" could be completed.

The FTA formally initiated debt collection on Dec. 20, after having warned RTA since August that closing Superior Avenue through Public Square represented a breach of a 2004 funding agreement and would result in the debt collection.

When asked at a recent press conference why they'd waited until the last minute to conduct the current traffic study, Calabrese responded that, to say nothing of the holiday schedule, mobilizing a study as a public agency takes time.

Reed's direct appeal to Sec. Foxx not only contradicts Mayor Jackson; it also seems to contradict his own recent efforts. On Monday, Reed wanted to introduce legislation barring the city from paying any of the $12 million debt. Reed contended last week that taxpayers shouldn't be on the hook for something in which they had no say. But Reed was not permitted to present the legislation to council. (He claimed during comments at the Monday meeting that he would not be stopped.)

But if his aim is to prevent taxpayers from paying the hefty sum, a sum which the RTA has said the city (not RTA) must pay in full, shouldn't Reed welcome the extension, Scene asked.

"The ultimate goal is for the Mayor and RTA to hold a number of public meetings to discuss the Public Square situation," Reed told Scene. "So why not now? I am trying to bring the public to the table."

When asked whether or not an extension might give more time for the public to comment, Reed argued that not receiving an extension would "force [the city's and RTA's] hand[s]."

In the body of his letter, Reed said he was writing on behalf of the individuals and families who have been affected by the decision to close Superior. He also mentioned what no one else yet had: that despite the strenuous objections to re-opening Superior on safety grounds, re-routing buses around the Square has already resulted in the death of a pedestrian. Mayor Jackson recently claimed that the death of 69-year-old Joan Kuendig was under investigation.

Reed also continued to blast the Mayor for what he has characterized as dictatorial behavior.

"It is my firm belief," Reed wrote, "that one man or one office should not have the power to unilaterally close a public road to bus traffic which affects thousands of individuals on a daily basis."