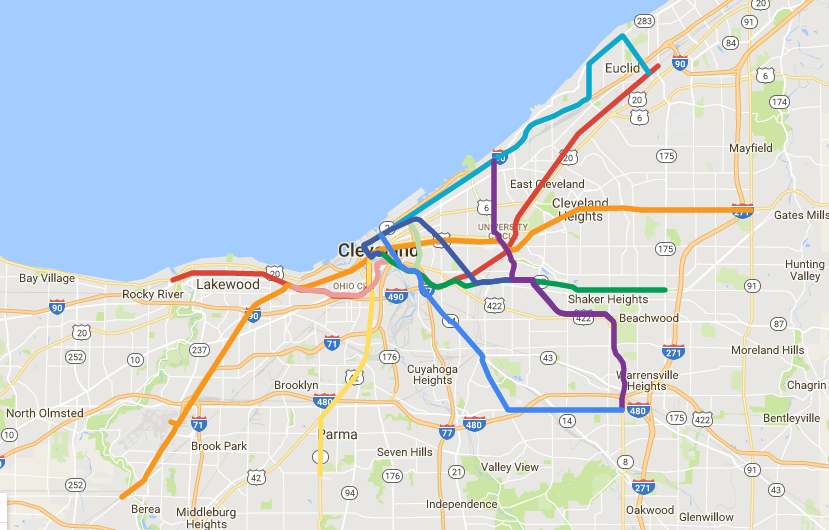 Ethan Cameron, who studies urban planning at at Newcastle University in Newcastle-upon-Tyne, UK, has been working for the past few years on an updated Cleveland transit system.

Using Google My Maps, Cameron created an imaginary system complete with bus lines, light rail, metro lines and even a commuter line from Canton. He envisioned zone-based fares, and even estimated construction costs.

It's a pretty elaborate project from an admitted hobbyist — and a young one; Cameron graduated from high school in Cleveland last year — but Cameron sent it to Scene following our publication of a popular Reddit image earlier this week. It was a map that envisioned a Metro railway for the city.

"My hope," Cameron wrote in an email, "is that the fact that multiple people are imagining these vastly better systems for Cleveland will work towards getting the point across to both local and state officials that Clevelanders want better public transport."