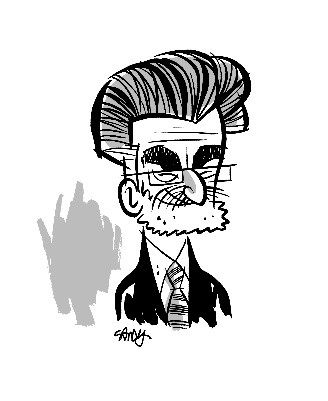 Two momentous news items to report in this, the most pivotal election year in the City of Cleveland’s recent memory:

Mayor Frank Jackson announced last Tuesday evening, in an understated ceremony at Tri-C, that he’d be entering the Mayoral race. He’ll be seeking an unprecedented fourth term and will be doing so with the political equivalent of a shrug. He said he’d been preparing a ledger for many weeks, agonizing over a decision, and had amassed five full pages of reasons not to run.

"I only had one reason for running," he professed, "and that is the people you see behind me." (Friends, family, residents.)

Jackson, who said he neither particularly wanted nor needed the job — awesome! — downplayed the competition. He said that if a “sincere or qualified” candidate had entered the race, he wouldn’t have felt so compelled to continue the work of his administration. But, as he’s now said in follow-up interviews, the city is ripe for progress, and he sees himself as the only candidate with the vision and vigilance to keep the momentum going — the only viable candidate, in short.

But not so fast, say contenders. 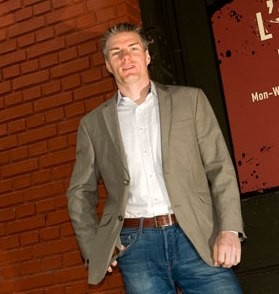 In a wholly unexpected turn, Brandon Chrostoswksi, the EDWINS Restaurant impresario, announced to Scene last Thursday that he’d be entering the fray as well. Chrostowski's politics are unclear, but he declared that his plan for the future was a better one than Jackson’s.

“I’m not going to knock the job [Jackson] did,” Chrostowski told Scene. “He’s a great shepherd. But I believe my ideas can be stronger for Cleveland than the current ideas. These are ideas, but they are ideas that are more than possible, otherwise I wouldn’t be doing this.”

Chief among Chrostowski’s visions for the future: adapting his business model at EDWINS to turn incarcerated people into income-generators (that is, taxpayers) for the city.

In an editorial following Chrostowski’s announcement, Cleveland.com’s Mark Naymik argued that Jackson could not be a “reluctant candidate” if he intended to win.

“Chrostowski's entry into the race will likely force Jackson to refocus his campaign rhetoric,” Naymik wrote, “which as of Wednesday seemed to be directed exclusively at Cleveland Councilmen Jeff Johnson and Zack Reed…. He said he expected legitimate candidates to be ‘genuine and sincere’ about the well being of the city and its people.”

Reed has not yet declared his candidacy, but is expected to. He’ll likely run on an anti-violence campaign. He has been one of the loudest critics of the city’s rising homicide rates over the past three years and has, along with Johnson, openly criticized the Mayor for a perceived catering to the downtown business community. Reed has been especially vocal about the Mayor's refusal to open Superior Avenue on Public Square.

For now the front-runners are assuredly Jackson and Johnson, with Chrostowski presenting an unconventional alternative. Social media was aflutter with rave reviews when Chrostowski threw his hat in the ring last week, but sentiment will likely evolve in lockstep with his campaign. Six additional candidates have officially declared, but they have yet to make public announcements or ramp up campaign activities. (They don’t seem all that serious).

The young Ja’Ovvoni Garrison, 27, however, is an intriguing candidate. He’s a bold thinker with ties to community development organizations and a background in skateboarding. He goes by Jay.

He has officially declared — and even has merch — and spent much of the past week waging small ideological wars on social media, most of which related to perceptions of poverty and Public Square.

Garrison should be lauded for his civic engagement and his idealism, but his strategies seem to lack grounding in a knowledge of scale: He has said, for example, that he hopes (in fact, expects) to raise $10 million for his campaign, an outlandish number. One of his central policy aspirations is to enact a four-year levy specifically to fund the RTA: the goal is to make Public Transportation free for all.

A noble goal, make no mistake, but as a political novice with little-to-no experience or cred, it can be difficult for many to take him seriously. When asked by Freshwater Cleveland last week why he is running for Mayor instead of, say, a City Council seat, Garrison said that that wouldn’t cut it:

“I just need to get into office,” he said. “I could run for council, but knowing the top-down, I’d still be in square one. The whole ecosphere in Cleveland—change could happen now. But everybody knows how difficult it is to do something in this city, whether it’s skateboarding, opening a business. And these people, in their positions, are not doing enough. I just have to try.”

Only two candidates will advance from the September primaries to the November general elections. And compared to 2013, things are looking downright Democratic in Cleveland. As of press time, Ken Lanci had yet to rear his head.