Black Joe Lewis & the Honeybears Return to Their Roots for 'Backlash' 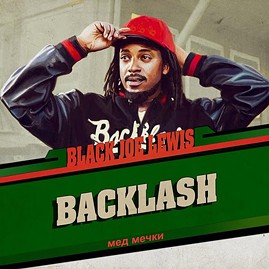 Joe Lewis, frontman for the grunge-y classic soul and punked-up R&B band Black Joe Lewis & the Honeybears, has come a long way from the days when he worked at an Austin pawn shop. Though he doesn’t look back fondly on the gig, he admits it gave him the opportunity to learn to play guitar.

“My boss — and I hated him so bad — was like the comic book store owner on The Simpsons,” he says in a recent phone interview from his Austin home. “He looked like him and talked like him. He was into guns and hardcore conservative. We hated each other, so I would kill time playing with the merchandise. I picked up one day and that’s how that went. I was making up weird stuff on my own. As far as knowing where everything is on the guitar and exactly how to play, I’m not like that. I see guys who play with their eyes closed, and I still can’t do that shit. The more I got into, the less I practiced. I would play it all the time when I first got it. It was easy to get the gist of it. I never took any lessons either so that was the other thing. It wasn’t that bad.”

Initially, Lewis formed Black Joe Lewis and the Cool Breeze. That band issued its debut back in 2005 and generated a bit of a buzz in Austin.

“We had somewhat of a following from that,” Lewis admits. “Then, we put the [Honeybears] lineup together, and it took off pretty quick.”

The band received enough acclaim for its 2007 debut that the esteemed alt-country imprint Lost Highway signed the group.

“They were cool,” Lewis says when asked about the time he spent on the label. “They were really nice for us. They put a lot into it. I don’t know if they got out of it what they wanted. We got picked up right after we started. We were pretty new at it back then. We got on the national front and were still learning.”

The group’s latest album, Backlash, represents a return to its grungier roots. The band has never sounded better and lays down a good groove on the album’s first single, the horn-driven “PTP.” Barcelona-based illustrator Roger Haus directed the accompanying music video. Lewis says some of the Backlash songs started to come together about a year ago.

“There was a batch that have been sitting around for a year and a half,” he says. “We didn’t finish it back then because we didn’t like everything we had. We wanted to do everything right on this one. I went through a break up a couple of years ago, and some of the songs are about that, and the Ferguson [Missouri] stuff was going on when I was writing.”

“I was just pissed off when I saw that cops were stomping people out like nothing,” says Lewis. “I was pissed off and that just came to me really fast. When I was younger and I was writing, everything came fast. Now, the more I write, the more thought I put into it and the harder it is. That’s one of the few that came to me really quick.”

Lewis recorded the album at Big Orange Studios in Austin with producer Stuart Sikes; he says the relaxed atmosphere enabled him to write and record without any significant pressure.

“It’s not like the fanciest studio,” he says. “As long as the guy recording you is good, and you have decent equipment, that’s all you need. You go to these fancy places, and you can’t smoke pot, and they don’t want you set your beer on anything. Fuck that. I don’t like that. It’s about who’s working the board and engineering. If you got that going on, you can get a good sounding record from just about anywhere.”

“My dad is from that era,” he says. “I always liked [Rodgers’] shit. A couple of years ago, when I moved back to Texas, I picked up some Sister Sledge and Chic records. There’s a movie called Alphabet City that he did the soundtrack to and that made me want to buy more of his shit. When you’re a kid, you don’t take your parents' music seriously. It’s when you reach an older age that you get it. I get it now. [Chic bassist] Bernard Edwards is amazing too. His bass playing is great. It’s like they're a duo. I kind of want to do that — find a hot chick and play disco.”

The band’s been going for a decade now and though the lineup has changed considerably, Lewis says the group has stabilized.

“It’s rough,” he says. “It’s how I make my living. I dropped out of high school, so it’s all I got. It’s been a lot of people in and out and I’ve had people leave the band and try to sue me. It’s always something. Now, I like the group I have around me right now. I don’t trust a lot of people anymore. I’m excited about the album. I like it a lot. We’ve self-released the album, so I don’t have a label fucking with me. Everything is on me and if anything goes wrong, I have to look to myself.”