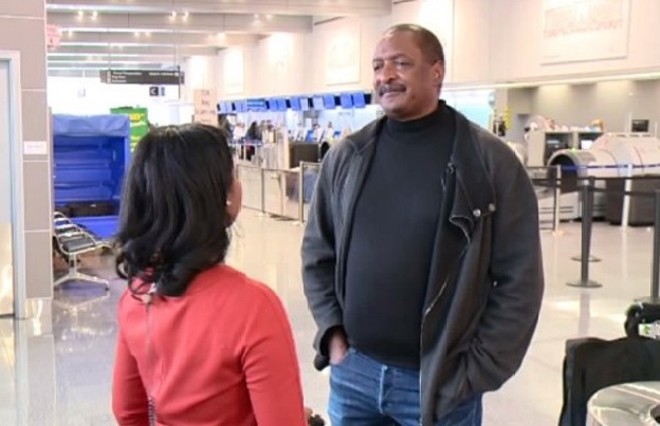 Thousands of travelers at Cleveland Hopkins Airport still aren't going anywhere today thanks to weather delays here and around the country (even though the snow is pretty tame in Northeast Ohio for the time being). The TV stations were out and about yesterday getting all the snow angles covered and that of course meant checking in with stranded travelers at the airport.

"What I need is for Beyoncé to bring me her private jet," one traveler named Mathew Knowles told FOX 8 News. Of course, that wasn't some glib wish. Only a few people can really say that sentence honestly with some small hope it would actually happen and Beyonce's father is one of them.

No word yet on if Beyoncé helped out her dad (or anyone else stranded in Cleveland), but a Winter Storm Warning remains in effect until Wednesday so there's still time.