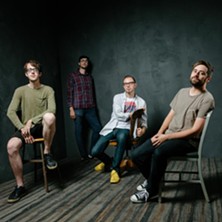 Earlier today, Lollapalooza organizers announced the lineup for this year’s festival, slated to take place from Aug. 3 to Aug. 6 in Chicago.

Other notable acts include alt-J, Cage The Elephant, The Head and The Heart, Ryan Adams, Liam Gallagher, Phantogram and Spoon.

Two Cleveland acts made this cut this year too; indie rock act Cloud Nothings and rapper Machine Gun Kelly will both perform.

While four-day passes to the festival have already sold out, single day admission tickets went on sale this morning.